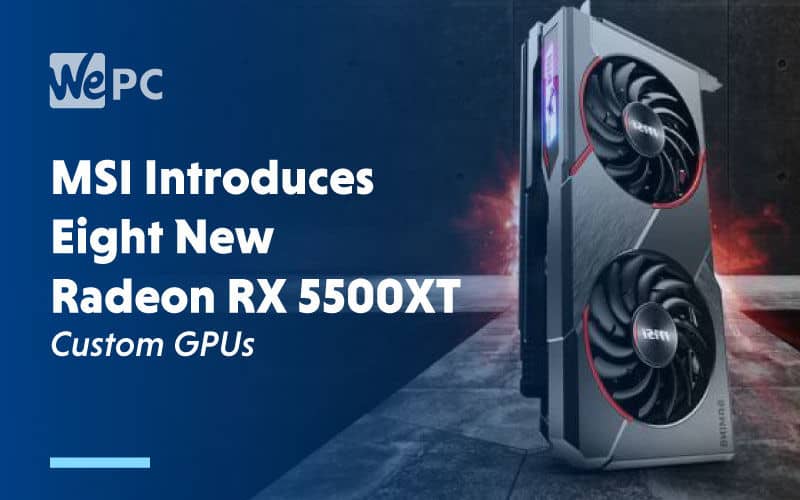 Just in time for Christmas, MSI has introduced no less than eight variants to its Radiant RX 5500 XT graphics card lineup. The new cards feature four apiece in MSI’s Gaming and Mech series, making full use of AMD’s 7nm RDNA tech to up the performance per watt when viewed side by side with existing versions.

Next, we have the ever so slightly less powerful Radeon RX 5500 XT Gaming 8G, with the only notable difference being a game clock speed up to 1733 MHz.

Then, there’s the Radeon RX 5500 XT Mech 8G with identical specs except for a marginally lower game clock speed at 1717 MHz.

All eight cards make use of MSI Power Allocation Technology to ensure power only comes from the PSU instead of the PCIe slot, and are built using a metal backplate with passive cooling via thermal pads and cutouts to offer better air circulation on the back of the PCB.

The only real difference between the Gaming and Mech lines is that the Gaming variants offer RGB lighting that links up with MSI’s Mystic controller utility to provide customizable colors and LED effects.

All the cards use Torx 3.0 fans with dispersion fan blades to walk that fine line between quality cooling and lower noise pollution. The Gaming line up adds in twin FROZR 7 thermal design for added temperature control.

All eight cards have three DisplayPort 1.4 connectors, as well as one HDMI 2.0b.