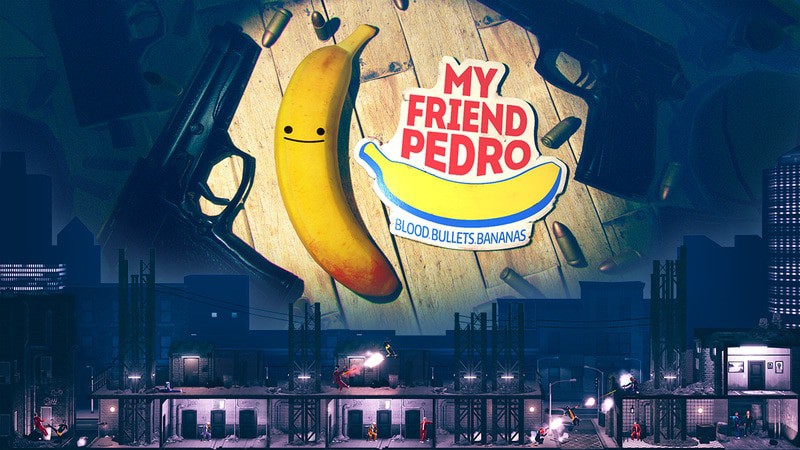 In a series of game-to-TV show adaptation announcements, this is probably the most surprising one.

Earlier this year, John Wick writer Derek Kolstad said he would like to adapt My Friend Pedro into a TV series. According to new reports, it looks like it’s actually happening.

Apparently, David Leitch (John Wick and Deadpool 2 director) and Kelly McCormick, (Deadpool 2 producer) will also be on board as executive producers.

What Will A My Friend Pedro TV Show Look Like?

It’s very early days right now, so it’s hard to know what to expect. All we know is that the TV show will reportedly be an “R-rated half-hour dramedy series” which will be written and directed by Kolstad with DJ2 Entertainment and 87North Productions.

My Friend Pedro is a popular side-scrolling shoot ‘em up game which manages to combine action, ballet and bananas. It follows a man driven to mass murder at the behest of a talking banana.

The protagonist wakes up inside a butcher shop owned by a man called Mitch and eventually manages to escape. Pedro, the sentient banana, convinces the protagonist that Mitch is an arms dealer who must be eliminated.

The player must simply kill as many enemies as possible, all while doing acrobatic, parkour-style flips and wall jumps.

If you’re not familiar with My Friend Pedro, the trailer below gives you a good sense of what the game is all about.

Out of all the games that could become TV series adaptations, this indie platformer game is probably not what any of us expected. And yet, we can’t wait to see what they do with it. We imagine that the narrative won’t be the most ambitious plot but we’re hoping for some great John Wick-inspired action sequences. Even if there is a floating talking banana in the background.

It looks like the game to TV show adaptation trend is only continuing. With a new Fallout TV show in the works at Amazon and The Last of Us on the table at HBO, it’ll be interesting to see whether these adaptations are as successful as The Witcher.

What do you think of a My Friend Pedro TV show? Is it something you would watch in the future? Feel free to share your thoughts below.