The new update introduces tons of new content and adds weapons, armor, and build pieces for players to try out. 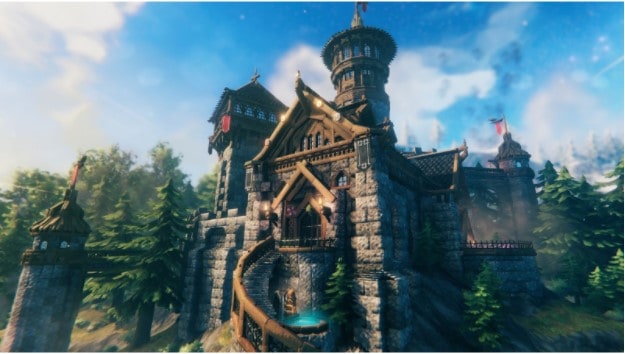 Valheim just received a brand new update that adds support for the Steam Deck and also adds new locations for players. The update is currently available on the Public Test servers and it will be pushed out to the live servers soon once the changes are confirmed to be stable. This update forces a fresh location generation of your worlds. This will cause slightly longer loading times the first time you open them, and it might slightly move some boss locations. The Frost Caves will also only appear in previously unexplored areas.

What to Expect From The New Valheim Update?

Valheim Patch 0.207.15 is not for the faint-hearted. The fenrings stalking the Mountains are not discoverable in the mysterious Frost Caves and you will find hordes of them if you want to take them on. The new update also includes full controller support for PC as well, and a pause feature in singleplayer. A pause function was heavily requested by players who wanted to take a break from the game mid-activity.

The new update introduces tons of new content and adds weapons, armor, and build pieces for players to try out. If you want to check out the full official patch notes, click here.