New AMD Ryzen 7 7700X CPU is pictured in the flesh 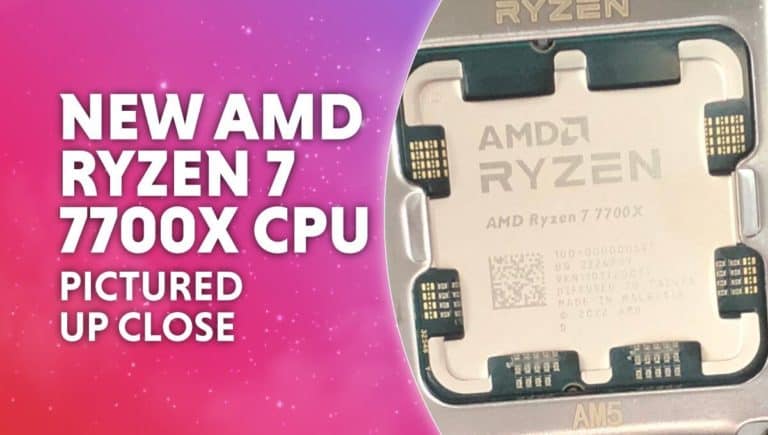 AMD is said to be releasing its new Zen 4 Ryzen 7000 series CPUs on the 27th of September 2022. But as it turns out, we don’t need to wait that long to get a glimpse of the new CPUs.

Now read: AM5 what we know.

Thanks to user cortexa99 over on the AnandTech forum we get to see a retail version of the Ryzen 7 7700X.

We can see the new geometric shape of the IHS, and the fully-fledged AMD Ryzen logo engraved onto it. Sitting proudly in the brand new AM5 socket LGA 1718.

According to recent leaks. The Ryzen 7 7700X is expected to hit the shelves, along with the other three Zen 4 CPUs, on September 27th, 2022.

The Ryzen 7 7700X is an eight-core, 16-thread CPU capable of boosting core frequencies up to 5.4GHz (although we’re sure it’s capable of a little more than that). The base running frequency of the 7700X is 4.5GHz.

Unlike its Ryzen 9 brothers, the 7700X has a much more manageable TDP of 105W, despite having such high boost speeds. The cache size of the 7700X tops 40MB total, that’s 8MB more than the Ryzen 7 5800X of the previous generation.

This is the first time we have seen a Zen 4 CPU sitting inside an AM5 socket, a moment like this gets us evermore excited for the launch of Zen 4 CPUs and AM5 motherboards. We simply cannot wait to get our hands on them. 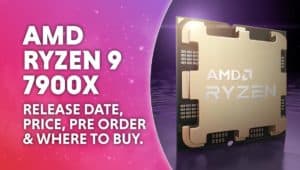 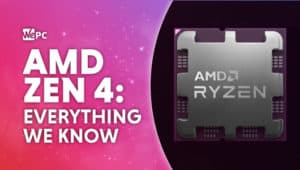 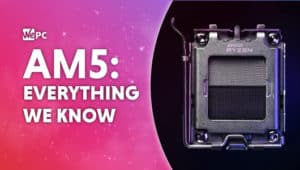 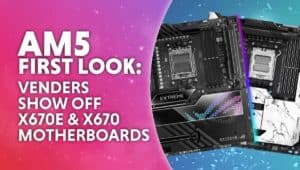