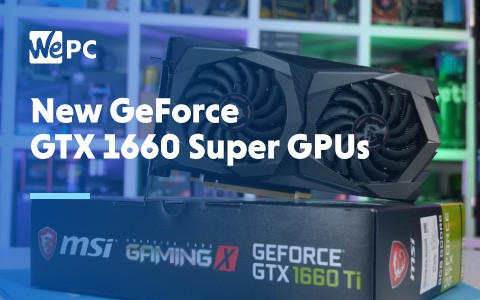 While rumblings of a new NVIDIA GeForce GTX 1660 Super variant have been doing the rounds for some time now, it appears that third-party manufacturers are also gearing up for release.

Both models have 6 GB GDDR6, dual-fan cooling mount (although the Gaming X’s one is a little beefier than the Ventus XS OC, presumably to help handle the extra heat produced by the upped clock speed), three DisplayPort outputs, one HDMI output, a well-designed full-cover backplate, and an 8-pin PCIe power connector.

The graphics also provide a first look at what the GPU will look like in physical form, and although not the most striking design we’ve come across for a GPU, it doesn’t look half bad and appears to sport some quality components.

But, based on previous leaks, we know the GeForce GTX 1660 Super is expected to boast 1408 CUD cores (the differentiating factor from the existing non-Super variant of the GTX 1660 alongside the jump to GDDR6 rather than GDDR5) with a boost clock speed of 1,785 MHz.

While we still don’t have a firm release date, the fact third-party manufacturers like MSI are far enough along to have packaging and physical model mockups of the GTX 1660 Super is a good sign we shouldn’t have too long to wait.