Be more cutthroat with a new weapon and emote 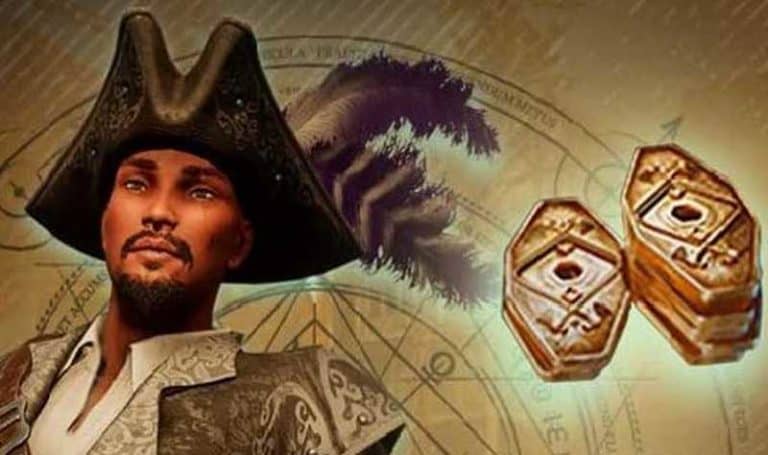 New World is, of course, the new MMO brought to us by Amazon Gaming. Therefore, it’s only natural that we would receive regular freebies via Amazon Prime Gaming. Every month, we’ll be treated to a new skin pack, which will be split into two parts. An apparel skin set first, and a weapon skin pack the following fortnight, meaning there’s something new to collect every two weeks.

Part 2 of the Pirate Pack became available to claim on Prime Gaming on October 12th. The weapon skin pack includes a pirate sword skin, 3 new crests and the all-new cutthroat emote. These three new rewards flesh out Part 1 of the Pirate Pack, which included the Swashbuckler avatar skin, pirate stance emote and 5,000 Marks of Fortune. Don’t panic if you missed Part 1 as it is still available to claim.

As well as Pirate Pack Part 2 becoming available, we can now see what the next reward is. As each reward becomes available to claim, the next one is revealed, so we now know that Part 1 of the Robinhood Pack will be available to claim from October 26th, including a new Robin Hood skin, with Part 2 to follow on November 9th.

How to claim Prime Gaming rewards

You will need an Amazon Prime account if you want to claim any Prime Gaming rewards. Once you have a Prime account, head to the Prime Gaming site. On the homepage, you’ll see a huge list of all current perks and loot available. From there, follow the instructions to claim your rewards! If you’re searching specifically for New World, you can always pop it in the search bar to narrow it down.

Find out if your PC can handle New World, and the best setups to run it on, in our system requirements guide.