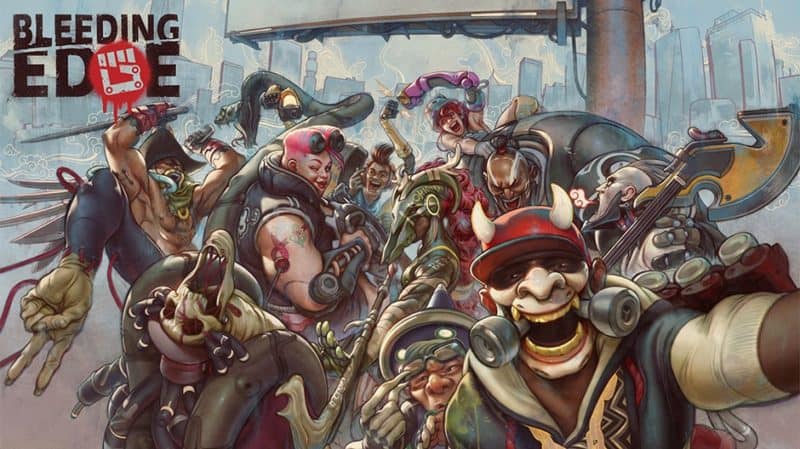 Developer Ninja Theory took to the lights and glitz of Microsoft’s Xbox E3 briefing to pull the curtain on its latest project, third-person 4v4 online melee team brawler Bleeding Edge. Ninja Theory brought in a trailer for the occasion, and it’s full of boastfully obnoxious characters and edgy bravado.

Ninja Theory’s usual stomping ground is heartfelt single player action adventures like the excellent Hellblade: Senua’s Sacrifice that explores the pretty heavy topic of mental health with aplomb. So the studio produces a lighter title and jumping head first into territory firmly dominated by Blizzard behemoth Overwatch – not to mention the wake of successive failed copycat casualties – is strange, to say the least.

The Bleeding Edge aesthetic is a mixture of what we’d describe as an adult cartoonish art style alongside smooth animations and fast-paced movement. As for the actual gameplay, the focus is on the fighters, who, of course, have been mechanically enhanced and are rearing to dish out the pain.

Although each fighter has a unique kit of three abilities and an ultimate, there are a set of rough classes that fall into the usual assassin, tank, and support categories. The combat style for each of these runs from head-on melee to ranged attacks.

But where Bleeding Edge sets itself apart is cybernetic mods used during pre-match load outs. These change the way characters play to allow players to customize them to their playing style. New mods are earned through progression and gameplay. Characters also each have a hover-board to roam around the map.

Ninja Theory says there’s a depth to the combat with timed dodging, combos, and mechanics playing a crucial part in the experience. The maps are objective-based although these are ring-fenced by obstacles that limit access to these points for set periods throughout a match.

Sign-ups are open for a technical alpha that kicks off on June 27. If you’re interested, you can add your name to the list over on Ninja Theory’s new Bleeding Edge site right here.