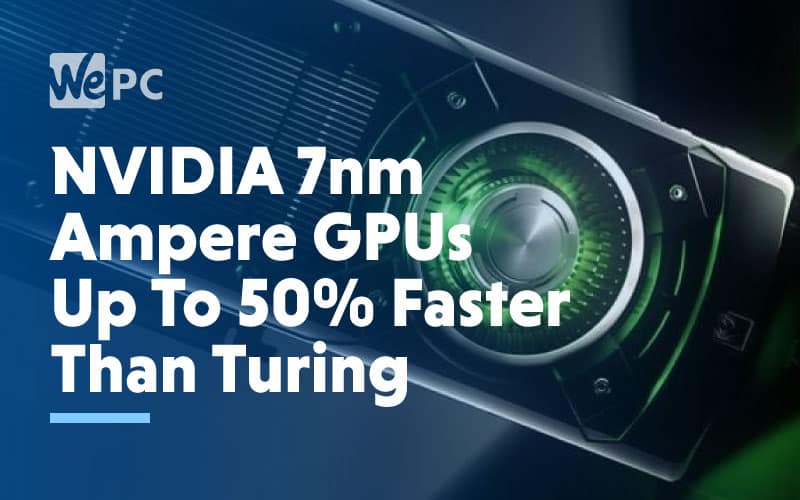 Good news for NVIDIA fans this new year, it appears that NVIDIA’s next-gen Ampere GPUs are going to be a large step up from Turing GPUs. With NVIDIA set to launch these new Ampere GPUs in the second half of 2020, it looks like we’ll be able to see just how efficient they are when compared to their predecessors.

Based on a report by Taipei Times, the Ampere successor to the Turing GPU architecture will offer even larger performance gains than originally expected. The increased leaps in both efficiency and performance seem to be down to Ampere’s adoption of the 7nm process node.

It has been confirmed that the orders for the 7nm GPU will be handled by TSMC, with a small amount being sent to Samsung. This confirmation came from NVIDIA’s CEO, Jensen Huang, who also let us know that the launch timeframe for this CPU can’t be disclosed at this time.

The expectation that NVIDIA’s Ampere GPU is going to be seriously impressive isn’t just guesswork, though. At the moment, the overall performance gain is expected to be around 50%, offering twice the power efficiency.  This will also mean that there will be huge improvements in ray tracing performance – something NVIDIA has been consistently improving.

The excellent power efficiency which drives this performance is the result of the microarchitecture and hw-level optimizations. The new 7nm process is also serving to bring NVIDIA’s GPUs up to the same level as AMD’s current Navi offerings.

NVIDIA has managed to get us all very excited about the upcoming Ampere GPUs, how well they will hold up to AMD’s offerings will be interesting to find out. Although it still looks like we have a long wait, we’re likely to hear more details during this year’s CES, or even at a later event such as E3 2020.