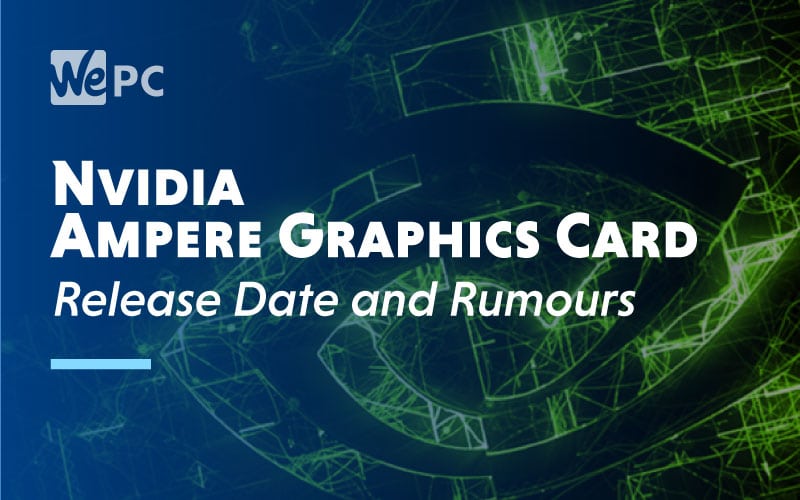 Nvidia’s next generation of high-end graphics processing, believed to be codenamed Ampere, is expected to be announced at the Graphics Technology Conference (GTC) in March.

So far, we don’t know much about Nvidia Ampere as they have been playing their cards close to their chest. However, given that Ampere is meant to be announced soon, we hope that we will have more solid details shortly.

Is Ampere The Successor To Turing We’re Expecting?

Some have speculated that Ampere will be a successor to Volta but others say that Ampere was just the original name for the Turing GPU architecture. Rumors have also suggested that Nvidia’s next generation of graphics architecture will be named Hopper instead, named after Grace Hopper, one of the pioneers of computer programming in the military. This would be a suitable successor to Turing’s architecture, given the apparent codenames.

This looked to be the case in 2019 when Nvidia trademarked “Nvidia Hopper” under the same specifications as the “Nvidia Turing” was trademarked.

What does this mean for Ampere – which so far hasn’t been trademarked by Nvidia?

Without anything concrete to go on, specifications are the subject of lots of speculation right now.

The recent rumor surrounding Ampere specs is that a top of the range GA102 GPU will have 5,376 CUDA cores across 84 SMs.

The GA103 is also rumored to have 3,840 CUDA cores and is expected to be used in the RTX 3080. This could give us some hints as to what to expect from Ampere, but rumors are still quite vague right now. We don’t know which chips or specifications relate to Ampere yet.

Either way, we’re expecting a 7nm GPU which is rumored to have a 50% increase in performance with half the power consumption of previous generations.

However, having both a performance increase and half power consumption seems a bit too good to be true. If it’s something that Nvidia’s Ampere does prove to have, then they are really going to make a statement in the market.

Another rumor suggests that the Ampere will be doubling the Tensor Cores plus including an RT Core Advanced silicon which would provide a nice boost to ray tracing performance as well.

Given that we don’t know much about what Ampere is yet, we have no idea what a release date will look like. It’s likely that we will see an announcement from Nvidia at the GTC in late March so we will hopefully know more then.

When it comes to next-generation GeForce graphics cards, those aren’t expected until around September this year so it could coincide with that release date, but we can’t be sure yet.

If Nvidia decides to go the same way with Ampere as it did with Turing, we could see they showing off the new consumer GPUs at Gamescom in August. That could mean a launch in September, but don’t quote us on that!

Nvidia’s RTX 2080 Ti with Turing architecture already has a hefty price tag of $1,200. It remains to be seen whether Nvidia can hike the price further while also trying to battle for the market share with AMD who is already trying to fill some gaps in the market.

Ampere is probably one of the most rumored names floating around the tech space at the moment. Nvidia’s kept tight-lipped on this codename if it even is a codename in the end. We wish we could bring you more concentrate information right now.

However, as always, the moment we hear more from Nvidia regarding Ampere, we will keep you posted. Watch this space for updates.