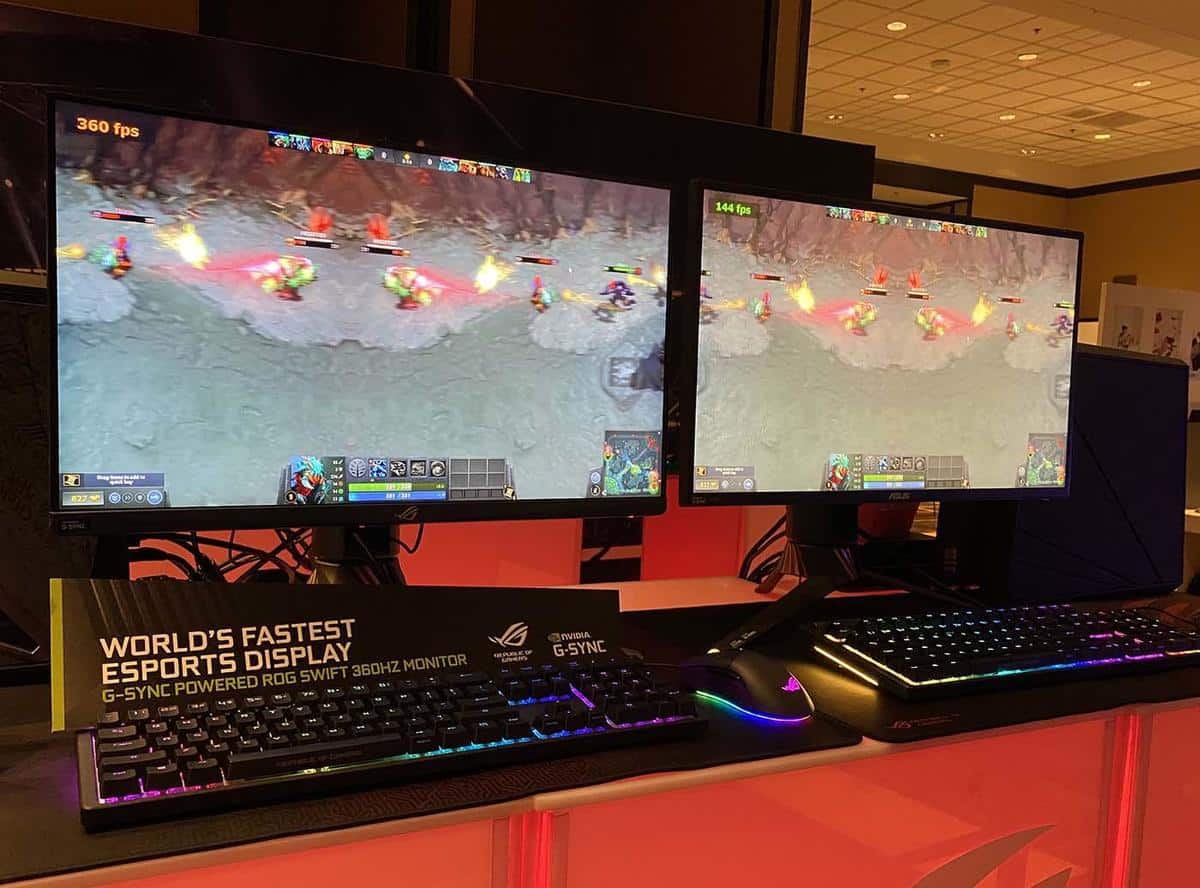 There have been many amazing monitors showcased at CES 2020, including a dedicated esports monitor made by NVIDIA. Designed specifically for esports players and competitive gamers, it’s an impressive feat, even if the boosted refresh rate isn’t entirely necessary for the everyday gamer.

While most gaming monitors might max out at 240Hz, the new ASUS ROG Swift monitor boosts that up to 360Hz. Does this bring a notable difference to your gameplay? Well, not really, but there are some benefits. Bumping up the resolution like this means we get frames updating once every 2.8 milliseconds.

When compared with a 240Hz, you can see subtle differences in the graphics, player names in Dota 2 become easy to read, and you have more time to get your shots right in games like CS:GO as the graphics appear earlier than with a lower refresh rate.The monitor also comes with NVIDIA’s G-Sync technology to ensure the best performance possible.

A Monitor For Esports Players

So, why is this so great for esports players? Having a higher refresh rate means players will be able to react faster in games, as the images will appear faster for them than for those using a 240Hz monitor. This means higher scores, shooting first, and championship wins.

NVIDIA actually says that the monitor offers a jump of 4% points in flick shot accuracy. While this won’t mean much to everyday players, but for esports it makes all the difference. It can easily mean the difference between winning and losing.

This looks like an impressive monitor from NVIDIA and ASUS, and when it comes to competitive gaming it could really change the game for players. We can’t wait to get our hands on one here at the offices and try it out in games like CS:GO to see the difference.