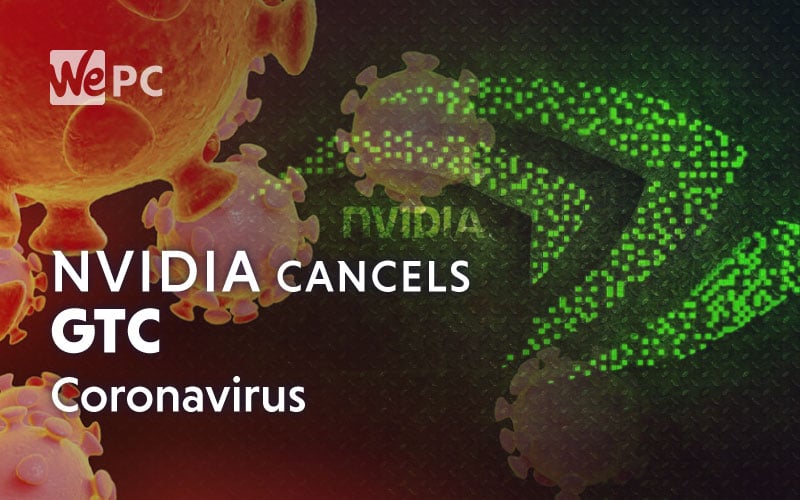 NVIDIA has confirmed it is axing all announcements slated for its upcoming GPU Technology conference due to concerns around the coronavirus pandemic.

It will come as no surprise to anyone following the impact of the global crisis. NVIDIA is merely the latest high-profile company to cancel long-standing plans in efforts to limit the spread of the virus.

The GPU giant was expected to make several key announcements for upcoming products at the conference, which itself had already morphed into a digital live stream event before the keynote was outright canceled. NVIDIA then said it would shift all the keynote announcements to March 24th. The latest news confirms that we shouldn’t expect much from GTC or any juicy product announcements on March 24th.

In a statement on NVIDIA’s website, CEO Jensen Huang, explained “We have exciting products and news to share with you. But this isn’t the right time. We’re going to hold off on sharing our GTC news for now. That way, our employees, partners, the media, and analysts who follow us, and our customers around the world can focus on staying safe and reducing the spread of the virus.“

Huang was quick to point out that GTC will still feature a slew of ‘great content from researchers and developers who have prepared great talks.’

He also pointed out that “This is a time to focus on our family, our friends, our community. Our employees are working from home. Many hourly workers will not need to work but they’ll all be fully paid.“

As for news being put on hold, rumors suggest NVIDIA was primed to touch on its upcoming Ampere family of next-generation CPUs at this year’s edition of the conference. This is unconfirmed and linked to some questionable assumptions from supposed teases, which makes it all very speculative.

Either way, we won’t be hearing about NVIDIA’s next-gen GPUs anytime soon.