One of the most anticipated games of 2020, Cyberpunk 2077, looks like it’s getting a themed GPU to celebrate its launch.

Nvidia has been working on a new Cyberpunk 2077-themed limited-edition GPU. This was revealed during a brief Twitter exchange between the Nvidia and Cyberpunk 2077 Twitter accounts.

The Cyberpunk 2077 account “suggested” a limited edition Cyberpunk 2077 GPU to which the Nvidia GeForce account shared the cryptic message “Stay tuned…” along with a blurry image of a graphics card. 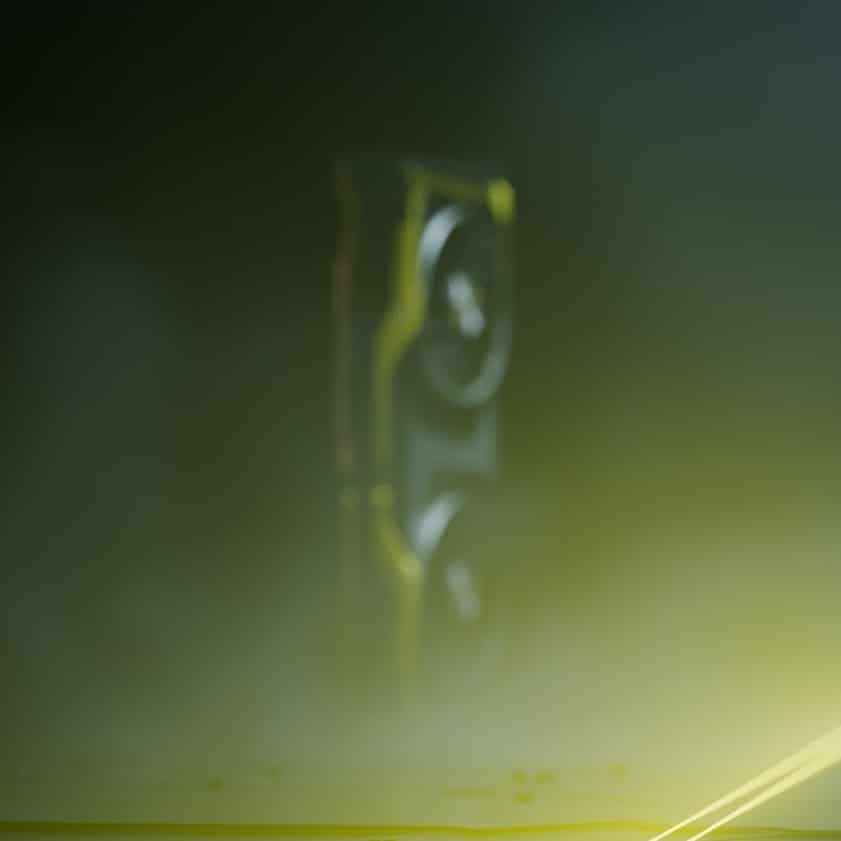 What Do We Know About The Cyberpunk 2077-Themed GPU?

What we can see from the blurry image is that the GPU has two fans and looks quite similar to GeForce RTX 20-series cards. Sadly, it’s hard to determine any more details from this image but we’re sure we will hear about it when it’s officially announced.

If it is just a fancier version of an RTX 20-series card, this could be a way for Nvidia to use up old inventory to prepare for the launch of the new Ampere series. However, this could leave a few Nvidia fans disappointed if it isn’t the Ampere they’re expecting. Many people will already be holding off on their new graphics card purchase for the new Ampere lineup to be released.

Either way, it’s an exciting announcement for GeForce fans and those eager to play Cyberpunk 2077 when it comes out.

As we don’t know many details yet about what the graphics card might perform like, we can’t say much one way or the other. We imagine it won’t come cheap and that it’ll sell out fast, given that it will be a limited-edition GPU.

If we hear more details about this new Cyberpunk 2077-themed GPU, we will be sure to keep you updated.

Update: GPU Has Been Released

We made 77 for our community.

Want one? Here's how:
1. RT this video.
2. Tag a gamer who is as excited as you about Cyberpunk 2077 in the replies with #RTXOn
3. If selected, you BOTH win these limited edition GPUs! pic.twitter.com/IG2BZZCZ6H