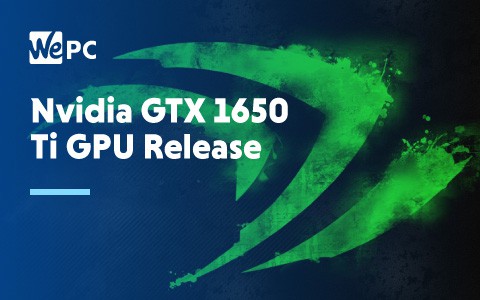 The launch of NVIDIA’s upcoming GTX 1650 Ti may not be far off. According to new details emerging from China-based tech new site ITHome, NVIDIA is primed to launch the GTX 1650 Ti in a little over a month from now on October 22nd.

ITHome says NVIDIA is marking the GTX 1650 Ti with a price tag nearing approximately $150, but given that the currently available GTX 1650 retails at $150, the price for the Ti is expected to be marginally higher, but below the $220 needed to acquire the GTX 1660. In terms of performance, the NVIDIA GTX 1650 Ti is expected to sit between these two models so the price correlates as well.

The price point makes the GTX 1650 Ti an entry-level option that appears to be a concerted effort on NVIDIA’s part to lay the groundwork to compete with AMD’s budget Navi GPUs, notably the RX 5600 family, expected to hit the market before long. Having the two GPU giants battle it out for the budget market can only mean lower prices for buyers.

The GTX 1650 Ti is purported to feature somewhere between 1,024 and 1,280 CUDA cores depending on whether NVIDIA chooses to use the TU117 or TU116 GPU. Widely circulated rumors place the VRAM at 4GB of GDDR5.

As of writing, NVIDIA has yet to publish a comment on the matter or publish a firm release date for the GTX 1650 Ti.