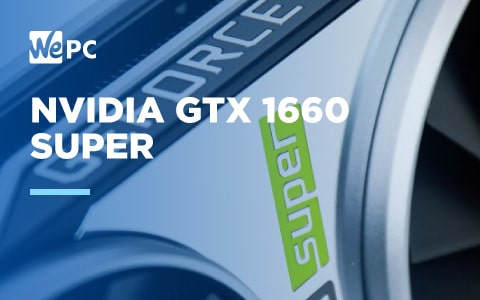 Rumors surrounding the NVIDIA GTX 1660 SUPER are gathering steam ever since murmurs of the new GPU surfaced back earlier this month. This time around, the news comes from a far more reputable source with stakes in the release of a new GPU set to rival the AMD Navi line – none other than GPU manufacturer ASUS.

A source at ASUS via VideoCardz.com confirmed that the GTX 1660 SUPER variant was indeed on the way, advising that it is currently working on three distinct versions; DUAL EVO, Phoenix, and TUF3 models.

The existing GTX 1660 with 6GB of GDDR5 at 6 Gbps is expected to make way for the SUPER variant in NVIDIA’s budget-mid-tier lineup. The NVIDIA GTX 1660 SUPER is purported to stick to much of the architecture of the existing Turing cards with a TU116 GPU, alongside 1408 cores but with upped 6GB of GDDR6 memory clocked at 14 Gbps.

How Much Will It Cost?

Price-wise it should sit somewhere around $250 nestled between the $219 GTX 1660 and the $279 GTX 1660 Ti giving NVIDIA a strong lineup to counter AMD’s expected RNDA-based Navi RX 5500 and RX 5300 series widely assigned a mid-October release window.

All this suggests that an announcement and presumably a firm release date aren’t too far off at all. Speculation has the GTX 1650 Ti launching on October 22nd, so it would make sense for NVIDIA to drop the GTX 1660 SUPER around then as well.