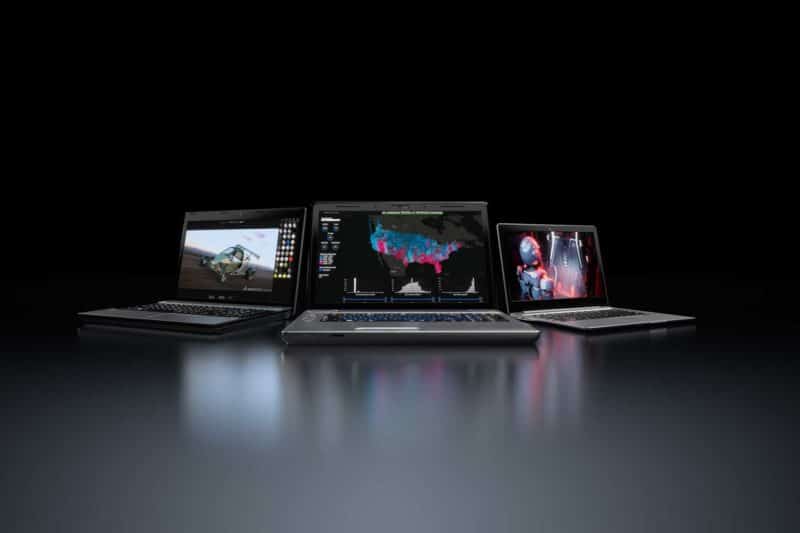 At this year’s Computex, NVIDIA has its attention firmly turned towards the professional-grade mobile graphics solution, namely with the announcement of the laptop-ready line of Quadro RTX GPUs. The GPU behemoth revealed an initiative under the RTX Studio brand name that will see seventeen NVIDIA-certified Quadro RTX-equipped laptops from a selection of top manufacturers including Razer, Dell, and Asus.

The new Quadro series succeeds in shrinking down and adapting the desktop equivalent exclusively for pro laptops. The chief aim is to port over desktop-performance by making use of the NVIDIA Turing architecture found on the company’s flagship RTX GPU, albeit it an ever so slightly watered down version. NVIDIA seems intent on workstation-performance that can rival, or surpass (NVIDIA says by as much as x7), the likes of the MacBook Pro at a lower price.

In terms of specifics, NVIDIA is launching seven different Quadro models, the most interesting of which is the RTX 5000 boasting 16GB GDDR6 memory, 4 MB cache, 3072 CUDA cores, 384 NVIDIA Tensor Cores, 48 NVIDIA RT cores, and many of the tech found in the desktop RTX family such as ray tracing, advanced shading, and deep learning.

Combined, these are set to handle design, rendering, editing, and other graphical workloads more efficiently putting the GPU on par with the desktop Quadro RTX 5000. The model is also fully equipped to handle VR and NVLINK multi-GPU bridging.

Alongside the GPUs, NVIDIA has been hard at work refining a new line of Studio Drivers specifically engineered to work intuitively with creative applications such as Adobe Premiere, Photoshop, and Epic’s Unreal Engine, especially when routinely switching between them, through interfaces that graphical software developers can use to increase GPU usage in their software.

The seven partner manufacturers have already revealed a handful of their new RTX Studio laptops at Computex 2019 with NVIDIA promising entry-level models around the $1500 mark. In terms of footprint, expect models measuring in at sizes similar to those of high-end gaming laptops.