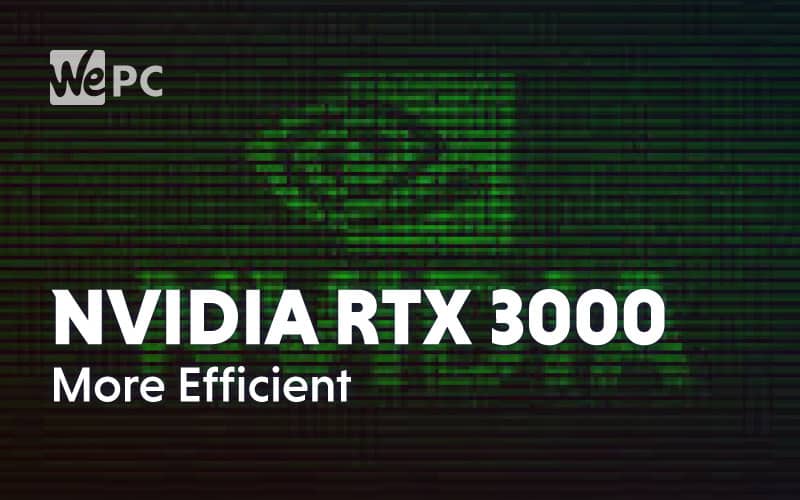 It looks like the latest graphics card in Nvidia’s RTX 3000 range is soon to be on its way. Expectations are already high and experts are weighing in, predicting that this card will be 50% more efficient than any other graphics card Nvidia has put out before it. This is according mostly to engineer Igor Wallossek who has discussed a new method of designing graphics cards.

How Has Nvidia Improved Efficiency On Their New Cards?

Up until now, the method of producing previous Nvidia cards would produce bumps that rise out of the joint parts on the card’s plates. This can in turn cause more bumps to form on the next layer which can result in errors. These errors have the potential to increase as the clock speed goes up, making the cards less efficient.

The Nvidia RTX 3000 back drilling method will help to prevent these errors and bumps and this should lead to better throughput and data transfer speeds – therefore making the card more efficient.

Will It Be Enough To Fight Off The Competition?

We hope that the Nvidia RTX 3000 series will live up to the hype because it’s certainly got some strong competition this year, with the “Nvidia Killer” card expected to be released later this year from AMD.

Of course, it’s hard to tell how accurate these predictions will be without the card being released yet for us to test. There are plenty of hints speculating that the RTX 3000 will be released in June this year. However, we should hopefully find out more during the PC Gaming Show at E3 before then. If we hear more news on the RTX 3000, we will keep you up to date here at WePC.