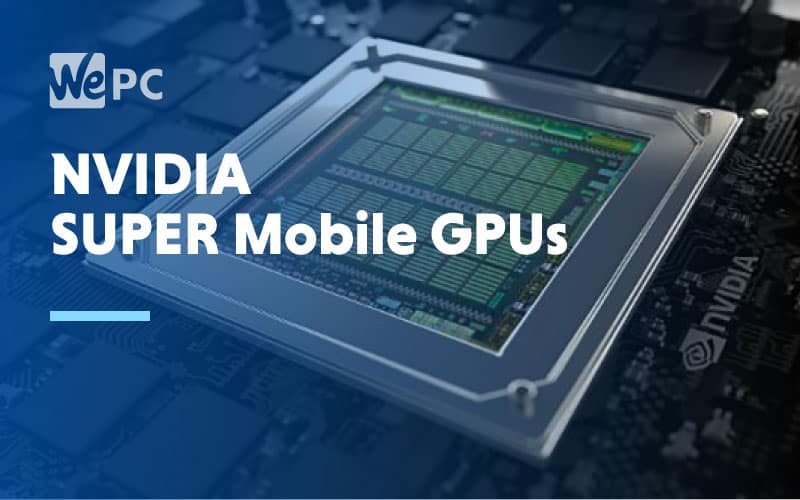 According to Notebook Check, Nvidia is gearing up to refresh its Turing mobile GPU lineup with SUPER. This follows on from their decision to launch SUPER cards for desktop earlier this year. The team is expected to launch its supercharged GPUs in gaming laptops by March 2020.

Notebook Check received this information in a slide which confirmed the refresh from close sources. The slide showed three RTX 20-series SUPER mobile variants – the RTX 2080 SUPER, RTX 2070 SUPER, and the RTX 2060 SUPER. Also mentioned were two GTX 16-series SUPER refreshes including the GTX 1650 SUPER and what is currently an unknown entry-level graphics card.

What Will These Graphics Cards Feature?

Of the RTX cards mentioned in the 20-series of GPUs, all three will reportedly feature 8GB of GDDR6 memory. The 16-series cards will also feature 4GB.

This shift from GDDR5 to GDDR6 for the mobile GTX 1650 SUPER is in line with what we’ve seen in desktops. This move will also bring about a significant boost to memory speed. All mobile SUPER GPUs will also receive a boost in CUDA Cores.

All of NVIDIA’s RTX SUPER graphics cards will feature a cut-down Max-Q TDP of 80W. The GTX SUPER cards will also fit within a 35W envelope.

Is This A Response To The Competition From AMD And Intel?

It’s fair to say this could be a response to other competition in the market. AMD is powering ahead with development lately, so it’s only natural for NVIDIA and Intel to want to catch up.

AMD already revealed their AMD RX 5300 and the RX 5500 series GPUs in mobile form but we’re also expecting some RX 5500 series graphics cards for desktop by the end of the year.

AMD is also getting ready to release its Ryzen 4000 APUs sometime early next year. This will combine GPU and CPU under one heat spreader.

As for competition from Intel, they are currently looking at their mobile offerings with Ice Lake. Intel’s 10nm processors will feature improved graphics tech called Gen11 which will be a big improvement from Gen9.

Intel is also developing its very own graphics card architecture, Intel Xe, which will make its way into a range of devices from mobile chips all the way to supercomputers hosting Ponte Vecchio.

This level of competition from all sides is enough to make Nvidia take notice, no doubt.