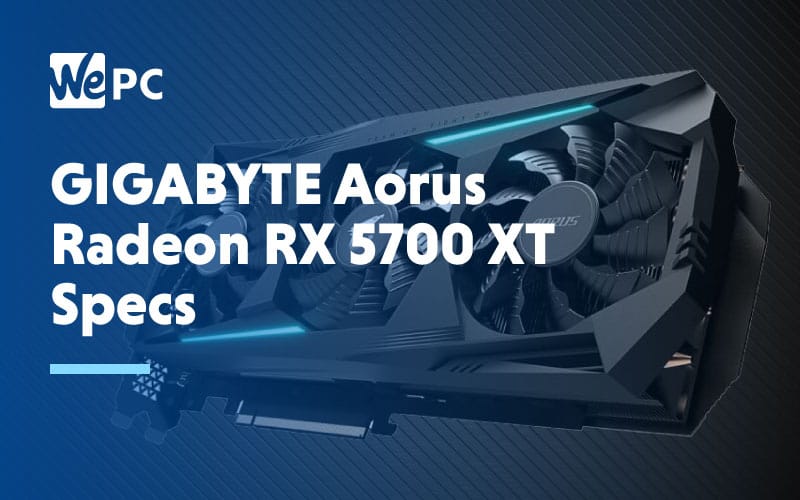 Courtesy of a listing on Overclockers UK, we now have screenshots, full specifications, and a price for the upcoming GIGABYTE Aorus Radeon RX 5700 XT graphics card.

GIGABYTE’s first foray into RX 5700 XT territory stands out from the crowd thanks to a unique Navi 10 design that allows for a beefy selection of connectors, namely three DisplayPort 1.4 and three HDMI 2.0b. The idea is to cater to VR functionality. As for compatibility, the Aorus Radeon RX 5700 XT supports PCI-Express 4.0, DirectX 12, Vulkan, and Freesync 2 HDR.

As for heat management, the card has a WINDFORCE x3 82 mm cooling system with 3D Active Fan and direct-contact pure copper heat pipes that cover both the chip and VRAM via a metal plate. GIGABYTE has also thrown in dust, corrosion, and moisture resistant shields on the main circuitry.

There’s also a neat looking black full cover backplate to complement what is among the more visual enticing GPUs out there. As is almost customary for GPUs of this ilk, RGB lighting is included.

Pre-orders for the Aorus Radeon RX 5700 XT are currently open on Overclockers UK for the princely sum of £439.99, with an expected ship date of November 29th.

It’s worth noting it all comes with a generous four-year guarantee; a three-year standard warranty plus an additional one year if you jump through the registration hoops over on Aorus’ website.