Here is a look at the Overwatch2 beta patch notes and what you can expect when you get the beta. 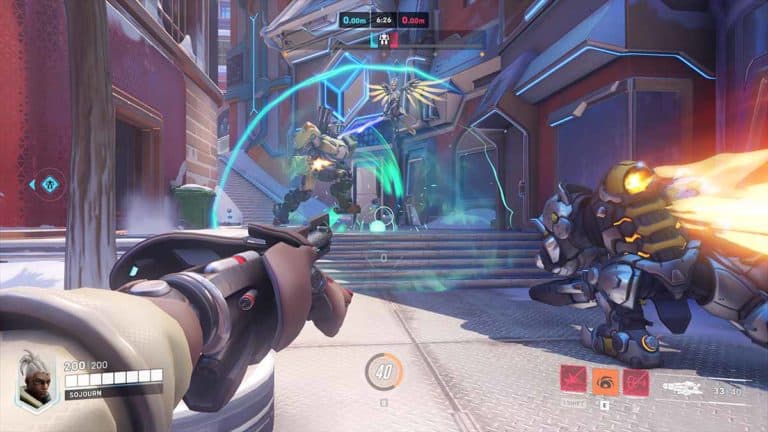 With the launch of the Overwatch 2 PvP beta, Blizzard Entertainment has released an Overwatch 2 beta patch notes document. The OW2 patch notes feature a list of all the changes you can expect from the beta, showing what exactly has changed from the original game. Here is what is in the first-ever Overwatch 2 patch notes.

The OW2 beta patch notes are largely just letting players know the major changes from Overwatch 1. Again, the Overwatch 2 PvP is essentially a massive patch in itself, so, it makes sense to explain the major changes. Remember, these changes are only for the beta, and can be reworked if any cases are put forward through the official forums.

Read more: How to get Overwatch 2 beta.

There are plenty of gameplay changes in the new OW2 patch notes. Here you will find a quick summary of the features of the balance philosophies that have changed and can try for yourself in the OW2 PvP beta.

The modern world of competitive shooters has been greatly involved. BR’s and other shooters now use a ping system to better coordinate with their random teammates or to alert their pre-made groups to points of interest. Players can ping by using the ‘G’ key, the middle mouse button or left on a controller’s Dpad. Proper controller support is still in development, and there is a text to speech feature for those who wish to use it now.

There are several new maps in Overwatch 2. The Circuit Royale is the new map for the Escort game mode. Players will explore an affluent area in Monte Carlo and move towards a majestic hotel. There are also the new Rome and Toronto maps (Colosseo and New Queen Street respectively), which are available for the new push game mode.  We also have Midtown, the new map based in New York City. This map contains the bustling Grand Central railway station, with twists and turns inside the building and the streets leading to New York itself. However, Gothenburg, Mumbai and more are still yet to make an appearance.

Lastly, we have the old maps from Overwatch getting atone up. There is now a slight mood adjustment to the lighting for almost all of the classic maps.

Heroes are getting a major rework in Overwatch 2. The new role passives offer tanks 30% knockback resistance, in addition to 30% ultimate generation from damage and healing taken. Meanwhile, DPS get a 10% faster movement speed, and Supports can regenerate 15 health per second without being damaged. These changes are reflective in the immediate changes article we did comparing the alpha to Overwatch 1.

In addition, health and armor pickups are combined into one, offering both health and armor returns rather than looking for specific pickups. There is also a major nerf to stun like mechanics. Cole Cassidy, Junkrat, and other stun related DPS now have new mechanics, while other characters have new knockback features.

Also, there is a rework of Phase mechanics. Phasing through objects no longer allows you to escape gravity effects such as Zarya’s ult or Sigma’s Gravity Flux. It means that Reaper and Mei no longer get out of jail free cards.

There are also kit reworks for characters like Doomfist, Orisa, Bastion, and Sombra. Orisa has lost her defensive shield, and instead, using a javelin to knockback foes, while she can use it to deflect enemy projectiles. Meanwhile, Doomfist has a greater health pool, and now has a deflect projectiles skill, which charges the power in his dash, along with decreased cast times of the rest of his skills. Meanwhile, Bastion is more a mobile gatling gun with a jump mine and new artillery ult. Lastly, Sombra is more of a support DPS that relies on team intel rather than that awkward hacker she once was.

Below you will find a lot of the core system changes and design fundamentals of the Overwatch 2 patch notes.

There are major changes in the OW2 patch notes for game modes. The new Push game mode is now live, which is the primary game mode of the new map of Toronto and Rome. Players will need to push escort a giant robot pushing a blue or red wall down a set path. It is essentially a tug of war style game mode, where the objective is to get it down the path of your opponent to win the game.

As you progress the robot, aka TS-1, down the path, you can unlock checkpoints to get better spawns. The different segments mark the checkpoints in the progress bar on each of the maps. It rewards teams for doing well, meaning that there is no endless stalemate in the middle of the map for when a pushing team gets team wiped.

The game mode lasts roughly eight minutes before declaring a victor. You can win by pushing the barricade to the end goal before the eight-minute mark if your team perform exceptionally well. If no one managed to push it to the end goal, then a winner is decided by whoever has control of the robot and has pushed the furthest. There is some overtime outplay potential if the losing team regains control and pushes a further percentage than their opponents in that time.

Meanwhile, the assault game mode is dead. Blizzard killed the mode thanks to largely unpopular gameplay styles. It meant having to rework maps completely, opting for the new maps and game mode. However, the maps are still available in custom games if you ever want to return to them.

Gone are the days of the 6v6 gameplay of Overwatch 1. The new play capacity brings it more in like the standard format of other competitive FPS games while retaining that unique Overwatch identity. In addition, the new 5v5 game mode still uses a role queue, which has removed one tank player from the game. Now the usual setup will be one tank, 2 DPS, and two supports.

There is now greater emphasis on tracking your stats in-game. Players will be able to see the total damage they did, while supports can see a score of how they performed. There will also be information on how many kills, assists, and deaths to partake in, indicating superstar performance or tracking who the biggest feeder is (just don’t be toxic). The new system is replacing the medal rewards at the end game screen; as Blizzard believes, for now, the new tab scoreboard system displays much better how did well in the game. However, they will revisit the system at another time, likely closer to the official release of Overwatch 2 likely in 2023.

Sound has had a massive overall in the game. There is now better support for home theatre users. This won’t really affect those on PC, but when the Overwatch 2 beta arrives on console, there is going to be a noticeable difference, according to Blizzard.

In addition, there are sound changes to the game’s environment and gunfire. Players should find that weapons, explosions and more should feel more immersive as their sounds interact with the ambience of the map. Explosions in caves should boom more, for example. At the same time, gunfire should sound like it interacts better with the type of surface it hits. Expect more ground thuds or metal pings as bullets collide with the textures.

For a full look at the Overwatch 2 patch notes, you can head over to the official Overwatch patch section.