The Overwatch 2 Sojourn abilities appear to have leaked amidst the new origin trailer. 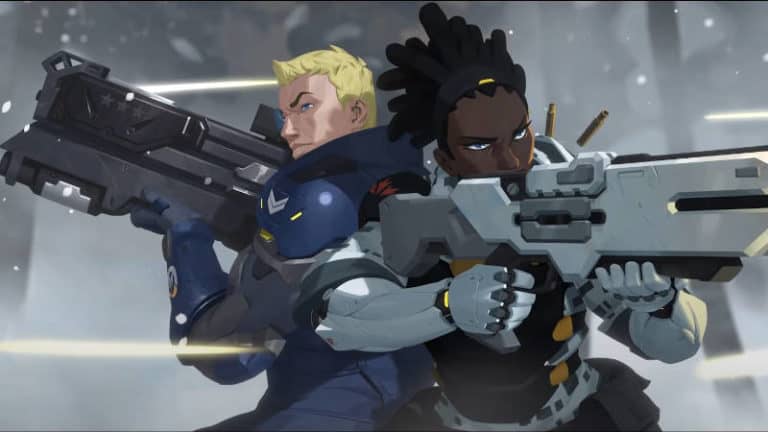 Overwatch 2 is the longly awaited sequel to the competitive hero shooter, Overwatch. The sequel brings a lot of new things including a revamped multiplayer lobby size. However, one of the most exciting parts is Overwatch 2’s Sojourn, the newest hero in the game since Echo’s release in April 2020. Here s a look at the OW2 Sojourn character, featuring trailers, and a look at Sojourn’s ability leaks.

We have now got another OW trailer, featuring more lore on Overwatch 2’s Sojourn. This character is a member of the original Overwatch force during the Omni crisis. However, once the force was done, she left. She then got a new goal to unite the members of the Overwatch task force for the new challenge ahead. This explains why she was not part of the first game but is a key character in the foundation of Overwatch’s importance on earth.

Moreso, we got a glimpse at Sojourn’s voice actress, with voice lines helping to explain her lore. Lastly, we got to see that Sojourn as a metal / robotic arm, along with eyes that glow blue despite her dark natural eyes. Perhaps, Sojourn is part omnic?

You can find the Overwatch 2 Sojourn origin story trailer here:

While it was nice to get a look at the origin story, it turns out there seems to be a real authentic leak. A promotional video, featuring the Overwatch 2 themes, iconography and graphics was released, albeit in mandarin. The spouse of the video appears to be gone, but mirrors of the OW2 Sojourn abilities are still live.

The Overwatch 2 Sojourn abilities seem to be a combination. Her gun fires plasma-like rounds as her standard primary attack. At the same time, she seems to be able to perform a variety of other skills. One is a gravity ball, which pulls enemies into an area, similar to Zarya’s ultimate skill. On the other hand, Sojourn seems to have robotic legs that help her go fast, whether that is sliding or jumping around. As for her ultimate skill, she seems to charge up her railgun, firing a giant blue energy beam, which can penetrate several enemies, dealing massive damage.

We will surely find out if these Sojourn abilities are real or not come to the launch of the Overwatch 2 beta on April 26. Blizzard Entertainment is running a closed beta test, featuring Sojourn, which is the first time the public can play her since her announcement. Currently, the only players who have managed to play her are select pros and developers, who are part of the internal alphas and betas under NDAs. So, we have not got long left before the true Overwatch 2 Sojourn abilities are present.