Path of Exile patch 1.99 is finally available to all console players. 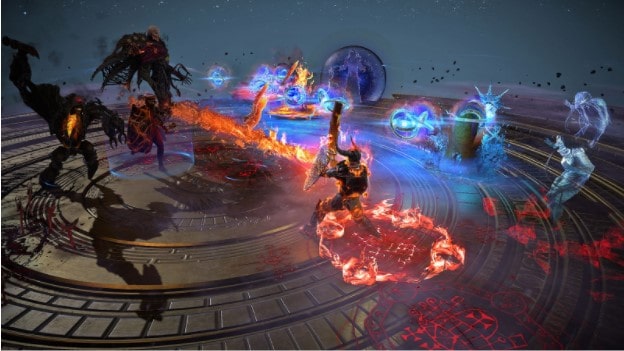 Table of Contents hide
What to Expect From Path of Exile’s New Update?
Path of Exile February 10 Update Patch Notes

Path of Exile patch 1.99 is finally available to all console players. PC players have already received an update that introduces a new league. The console version of Siege of The Atlas will be available starting February 10th.

The Watchstone system has also been removed in today’s update and has been replaced with Voidstones which are obtained by defeating The Uber Elder, The Maven, The Searing Exarch and The Eater of Worlds. These Voidstones raise the tiers of maps on your Atlas and can be augmented by Sextants.

What to Expect From Path of Exile’s New Update?

After defeating Kitava, you will meet Commander Kirac in the Karui Shores and join his militia to safeguard the Atlas of Worlds. The Envoy will inform you that two Eldritch Horrors, The Searing Exarch and The Eater of Worlds, are approaching and will consume everything. This marks the start of the new Siege of The Atlas content update.

In the new update, When you slay regular Rare and Magic monsters in the Archnemesis League, they sometimes drop an itemised version of a new Archnemesis monster modifier. There are a ton of other content updates and bug fixes as part of the new league.

Path of Exile Version 1.99 for consoles adds the following:

The new league has been well received by the PC community and it will be interesting to see what console players think about it. To check out the full patch notes, click here.