Will the project finally take flight? 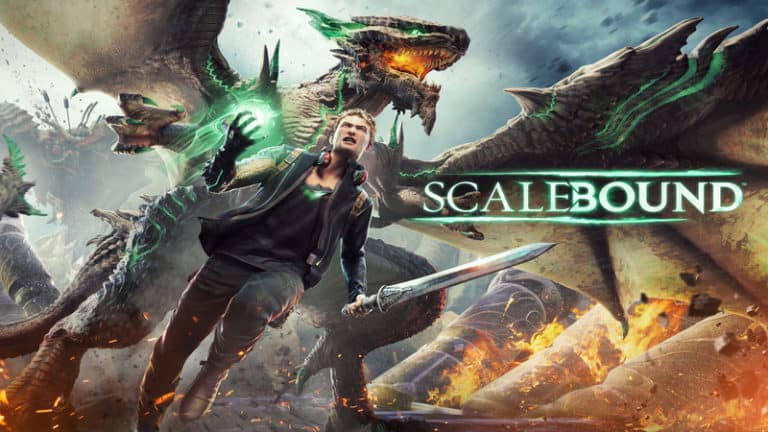 Table of Contents hide
A hoarded treasure
Scale-bound for success?

Whatever shape PlatinumGames’s future takes, it seems clear that new president Atsushi Inaba is thinking big. Could Platinum enter a bold new era by resurrecting one of their most anticipated games from cancellation? Inaba and director Hideki Kamiya want to re-open talks with Microsoft about completing their work on Scalebound.

Scalebound seemed like a dream come true for a lot of gaming fantasy fans. The idea of training and fighting alongside a dragon is one that has captured imaginations everywhere. From animation to novels, dragon-taming is one of our most enduring and entertaining popular fantasies.

PlatinumGames shared that fantasy too. And with their particular expertise, Platinum could very easily see that idea fully fleshed out in game form. Their signature excellent combat design and sense of grand scale – tempered by a wry sense of humour – seemed on full display when Scalebound was announced. Every would-be-dragonrider’s dream looked to be on the cusp of fulfilment.

But that dream eventually turned into a nightmare, as the project was announced as cancelled in 2017. Microsoft were the ones to announce the cancellation, and speculation was rampant was to why the partnership fell apart. But clearly there is little bad blood between Platinum and Microsoft, as these overtures to a potential new partnership demonstrate.

In the years since, passion for Scalebound has lived on in the hearts of many, including those at PlatinumGames. The upcoming Bayonetta 3 clearly shares a lot of DNA with Scalebound; a way for the studio to revisit those mechanics that would otherwise go unused.

But even with some of Scalebound’s bold swings being re-used in the studio’s other games, Platinum have not given up on the game entirely. The studio have been open in the past about their desire to revisit Scalebound. And now Director Hideki Kamiya and president Inaba have re-iterated those desires.

PlatinumGames is in a very different place now than it was in 2017. The smash-hit success of NieR: Automata and the change in management have brought new life to the company. And now with the backing of President Inaba, could the project that so famously flamed out come roaring back to life?