Four bug fixes have been implemented, including Cherrim catch issues 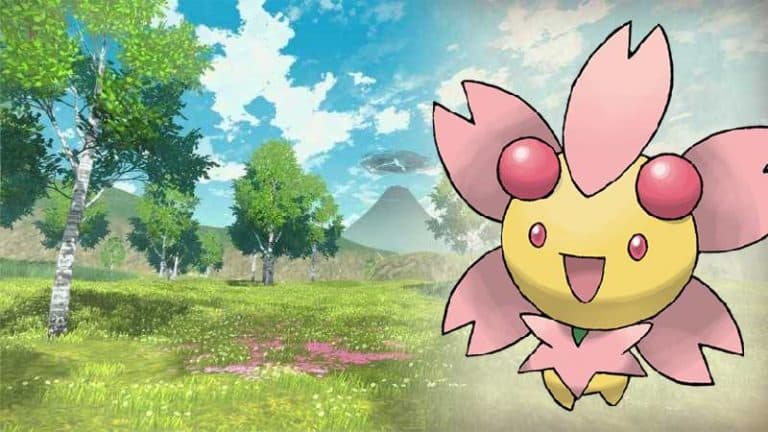 On February 8th, 2022, Nintendo released the second patch since Pokémon Legends Arceus’ release two weeks ago. This one fixes four rather large issues which players will likely be happy about… except perhaps one glitch Trainers had been taking advantage of.

One of the main patches in 1.0.2 is that an issue whereby players could catch the same Pokémon twice has now been fixed. We’re not completely sure if this refers to a shiny duplication glitch that had been discovered by Twitter user Kqttling, but it likely means their method of cloning shines has been patched out.

The exact quote from the official patch notes alluded to the fact that the glitch in question actually prevented players from catching a different Pokémon. Therefore, while it sounds like a bad thing for Trainers who don’t mind capitalising on bugs, it sounds like it will actually be a good thing to have this fixed. Nintendo have also confirmed that anyone who has suffered this problem will now be able to obtain the Pokémon they couldn’t previously.

Fixed an issue where players could obtain certain Pokémon twice instead of once only as intended, prohibiting the player from obtaining other certain Pokémon. The relevant Pokémon will appear for players who were unable to catch those certain Pokémon due to this issue.

Players will be pleased to know that a bug involving Cherrim that has been negatively impacting gameplay and driving Trainers crazy since the game’s release has been fixed. This bug made it difficult (AKA impossible) to catch Cherrim if it changed form during your encounter as it would constantly escape from your Poké Ball. This not only meant it was difficult to complete the To Bloom or not To Bloom Request, but was also a massive waste of Poké Balls.

Thankfully, update 1.0.2 patches this bug, and players should now have no trouble catching all the Cherrims the Hisui region can give out.

The two other issues that have been fixed according to the Pokémon Legends Arceus 1.0.2 patch notes are as follows: