After many, many years of waiting, we finally have a next-gen Pokémon game on the horizon. Coming to the Nintendo Switch later this year, the Pokémon Sword and Shield release date is getting closer and closer. And fans, like me, are getting more and more excited with every passing day.

If like me, you’ve been playing since the black and green days of Pokémon Red on the Gameboy, then this is amazing news. And, since it’s only available on Nintendo Switch (and Nintendo Switch Lite), you can bet there’ll be a surge in sales for these consoles too. Especially since they’re releasing a special edition version of the Lite when Pokémon releases - I know what I’ll be putting on my Christmas list this year.

Just in time for those Christmas sales, the Pokémon Sword and Shield release date is set for November 15th, 2019. So, the countdown has officially begun for Pokémon fans across the globe.

The last “real” Pokémon game was released back in 2017, and Sword and Shield marks the first full game to release on Switch. Although Pokémon Let’s Go Pikachu and Eevee were similar to the games we were used to, they didn’t have the same feel as the good old games of the past.

With this new game, we also get an entirely new world to explore - Galar. This map seems to be based on a more UK style country with rolling hills, small villages, and big cities all existing side by side. The trailers have also shown what appear to be jewel mines - possibly reminiscent of the underground mining system from Diamond and Pearl, and football stadiums. So, it looks like we should have an interesting world to explore.

One of the biggest changes with Pokémon Sword and Shield is the introduction of Dynamaxing. With this new feature, you can transform your Pokémon to enormous sizes and give them the power to perform special attacks which deal extra damage. The change only lasts three rounds, and you can only do it once per battle though - so it introduces another layer of strategy to the existing battle system. There’s also an even more powerful version of this called Gigantamaxing which is only available to certain types of Pokémon.

With a new game we, of course, get new Pokémon too. But, for the first time since the games began, you will no longer actually be able to “Catch ‘Em All!”. Now that the number of individual Pokémon is reaching 1000, game designers said it became too unmanageable to keep them all included — no word yet on exactly which Pokémon didn’t make the cut. We’ve already seen the likes of Charizard, Nidoran, Butterfree, and Gyarados so at least they’re not starting with the original line up. (Also known as the best lineup).

There is also another mystery Pokemon that is being teased through a special page on the official website. All we have is a glitched image of the Pokemon, and text that has been heavily redacted. There are a few theories going around, the most plausible of which is that this is in fact Sirfetch'd. Sirfetch'd is the rumored evolution of Farfetch'd, and it's existence has been discussed for quite some time. Take a look at the page for yourself and let us know what you think!

Update: We were right!

We got confirmation today (September 18th) that the mystery Pokemon was Sirfetch'd all along. Take a look at the official picture below. 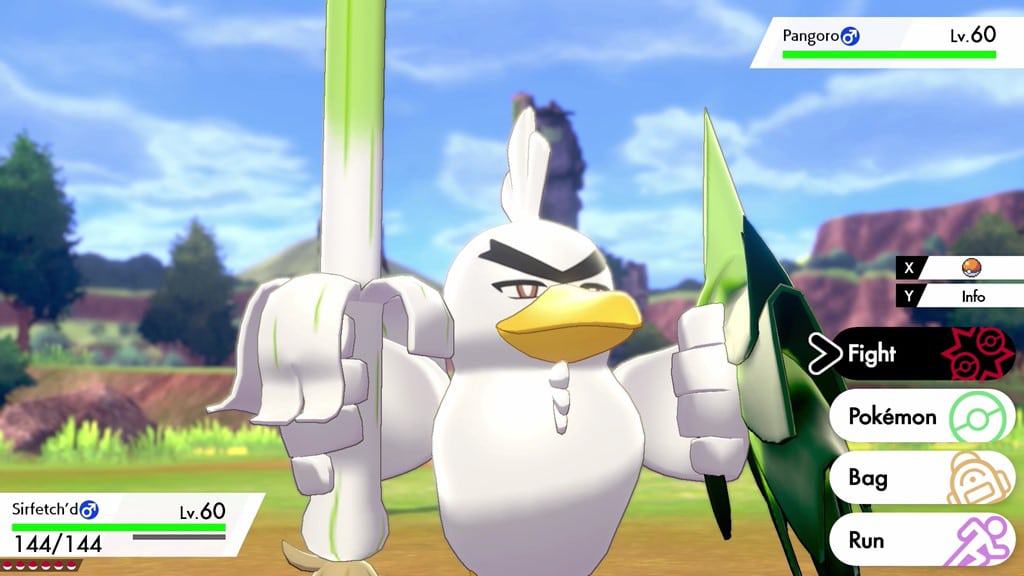 The latest Nintendo Direct gave us another glimpse of the game as well as some juicy new updates. We see how many options we get when customizing our characters including hairstyle and makeup options as well as an extended wardrobe to pick from. We also learned about the introduction of Pokemon Camps. These makeshift campsites give you the chance to socialize with your Pokemon, as well as meeting other trainer's Pokemon too. You also get the chance to cook up a delicious pot of curry. Much like the Boffins from Pokemon Pearl, Diamond, and Platinum there are over 100 recipes to discover, each bringing it's own benefits when consumed.

We also get introduced to a new team of villains in the form of Marnie and her followers - Team Yell. We don’t know much about these new characters yet, but their designs are pretty interesting. I can’t help but be a stickler for the good old days though, and I must say I miss Team Rocket and their ridiculousness - so let’s hope this new generation can live up to their legacy.

The most important question for any Pokémon trainer is which Pokémon they’re going to choose as their starter. Every game has given us three options; a fire, grass, and water type. While the choice you make only affects which your rival will also choose, it’s a hot topic of discussion. 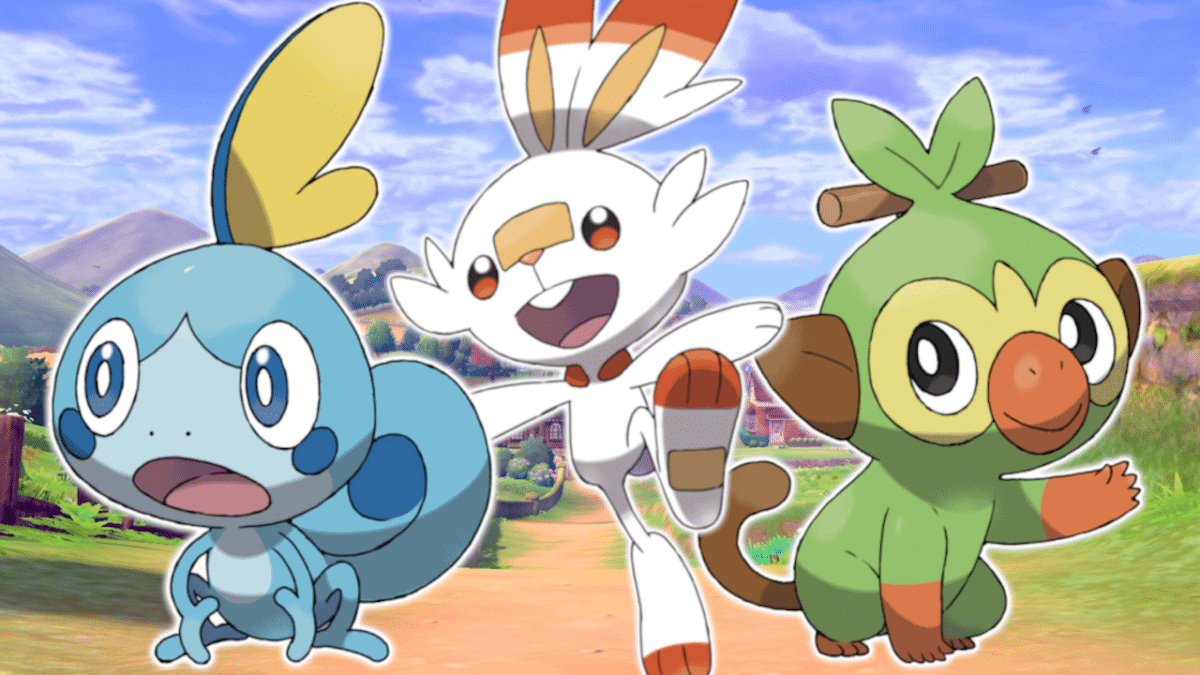 In Sword and Shield, we’re introduced to Scorbunny, a cheeky fire-type rabbit; Grookey, a grass-type monkey; and Sobble, the saddest little tadpole I’ve ever seen. I always go for fire, so there’s never a tough choice for me here. Ever since I first met Charmander in the animated show, I’ve never looked back.

Which starter Pokémon would you choose? Are you excited to explore the new region of Galar? Let us know what you think of the upcoming Pokémon Sword and Shield release in the comments below!