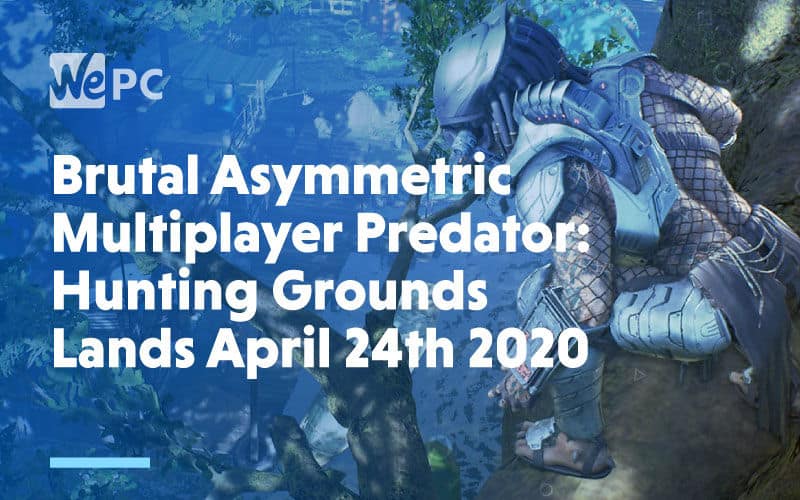 The game was first announced back during May’s State of Play and courtesy of the new trailer we now know Predator: Hunting Grounds launches April 24th, 2020, for PlayStation 4 and on PC via the Epic Games Store.

Players can either jump in as one of four soldiers of a Fireteam to complete missions as fast as possible or alternatively play as the Predator with the sole task of stealthily hunting down the Fireteam.

The trailer is what you’d expect from a shooter with frenetic cuts, violence galore, and its fair share of pyrotechnics. We catch glimpses of the titular Predator doing his thing in the jungle. Impaling unsuspecting guards, splattering blood everywhere – that sort of thing.

We also get our first look at the Predator classes set to feature in the game. First, there’s the Hunter with a versatile combat style and balanced weapon choice. Then comes the Berserker boasting incredible strength and extra health. And, finally, we have the swift Scout with bucket loads of stamina.

We imagine the roster of classes is to encourage different playstyles. When married to the weaponry on offer, we can see how Predator: Hunting Grounds should prove interesting in an online multiplayer scenario.

The trailer also introduces a new female Predator sporting a bow and arrow, as well as finishing move type trophies that involve extracting the spines from the bodies of still breathing soldiers.

Pre-orders are now available with those that jump in now benefiting from an exclusive 1987 Predator skin and early access to the ‘Ole Painless’ minigun.