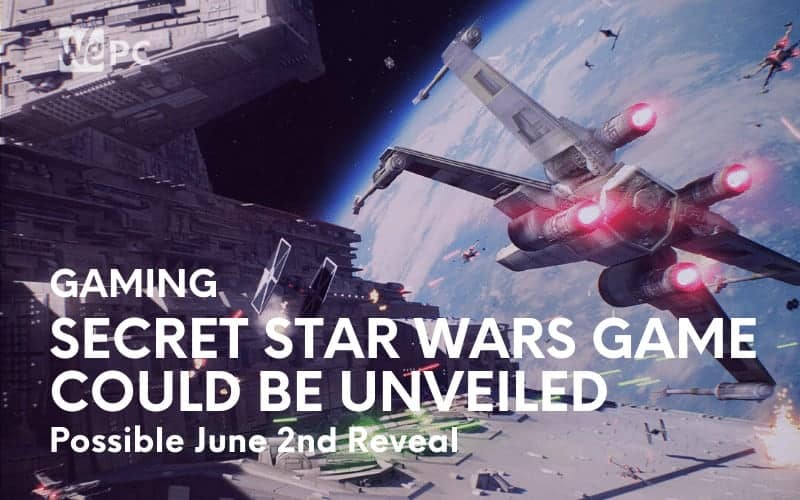 Following Star Wars: Jedi Fallen Order, it’s been very quiet from camp EA regarding future Star Wars games. We know that there is going to be a Lego Star Wars title in the near future and that Fallen Order served as the first title in what could possibly be a longer franchise or an anthology series, but as far as brand new Star Wars games go, there hasn’t been that much news at all.

That is, outside of rumors. For a long time now, there has been a rumbling that EA’s studio, Motive, was working on a secret all-new Star Wars IP, one that would be similar to the Star Wars: Rogue Squadron and Tie Fighter games of old, based on the space combat of the latest iteration of Battlefront 2 (my personal favorite part of the game).

Things went quiet for a while regarding the game and its leaks – that was, until today when EA Motive took to Twitter to ‘share on who we are, and the work we do’. On its own, this tweet suggests that they will have something to share with us soon, despite it being a pretty vague tweet otherwise.

That is, of course, until Jeff Grubb replied to the tweet with a gif of Maverick from Top Gun.

Why is this important? Well, for one thing, it’s long been rumored that this upcoming game has been under the working title project Maverick, which is why Grubb tweeted that gif specifically. The other reason it could be significant takes a little more explaining…

Jeff Grubb has been revealing cryptic tweets that link to the reveals of many different games and systems throughout the Summer – he already teased the Tony Hawk 1 & 2 remasters and Unreal Engine 5 reveals successfully – and he has an event scheduled to happen on the second of June titled ‘Mel Gibson Picture’ during his ‘Summer Games Mess‘. This is where things get a little bit conspiracy theory, but try to follow me.

Mel Gibson Picture could very well be referring to the 1984 film Maverick, in which Mel Gibson plays the character Bret Maverick. This seems to be confirmed by Jeff’s tweet under EA Motive’s tweet, so the chances are that we are due to see Project Maverick unveiled on June 2nd.

If you needed further proof that an announcement was coming, Jason Schrier (respected games journalist and reliable source of insider knowledge) chipped in saying that it ‘Looks like someone’s getting ready to announce a new game’, and then answering a follow-up question confirming that the game would be based on the Star Wars IP.

Star Wars insider Jordan Maison also offered his advice to Star Wars fans, saying that people should keep their eyes out for an announcement next week – and all of these pieces of information pretty much confirm that on June 2nd, we will be seeing information revealed on an all-new Star Wars game, which is strongly rumored to be a space combat simulator.

We will be sure to bring you all the latest information, but based on what you know so far are you excited or skeptical regarding the upcoming announcement? Let us know in the comments below.