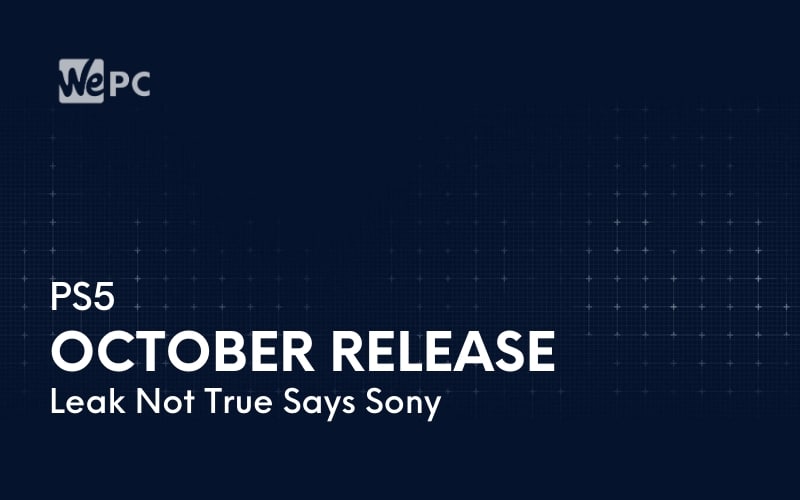 Earlier today, the console gaming world was shook with a new leak around the next-gen PS5 release date. With fans scouring every outlet for just the smallest bit of news about the Sony console, it comes as no surprise that social media was lit aflame by the rumors.

The leak came out of a job posting shared by Sony Interactive Entertainment in Japan which included the text (translated) “with the design department and the quality assurance department to create the PlayStation 5 scheduled to be released in October 2020.”. Shared on Twitter by @Nibellion they shared a translated version of the job posting for fans to see.

A Japanese job listing by Sony Interactive Entertainment says that the PlayStation 5 will be launched this Octoberhttps://t.co/YKuWtllIc0 pic.twitter.com/aSp1Aev3AH

This listing of October went against previous announcements by Sony that had claimed a “Holiday 2020” release was in the cards, so fans were understandably rather excited by the prospect of getting the console earlier.

Of course, not all leaks turn out to be true, and, in this case, Sony has responded to the rumors. They spoke to the Japanese media outlet Famitsu, explaining that the posted October date was due to a mistake made by the recruitment company. Which means, sadly, that the PS5 is still slated for that vague “Holiday 2020” release date.

With the global COVID-19 pandemic, many fans are still expecting to hear the release date of the PS5 being pushed back, rather than brought forward. Despite assurances from many manufacturers, we have seen this begin to affect the gaming world with game releases pushed back and conventions moved online or canceled.

Of course, Sony has to keep up with rivals Microsoft and their Xbox Series X, also due for release during the holiday season this year. We’ll be sure to keep you updated on any other leaks that pop up – real or not, so you don’t miss a thing!