There's a lot of naming conventions to figure out here 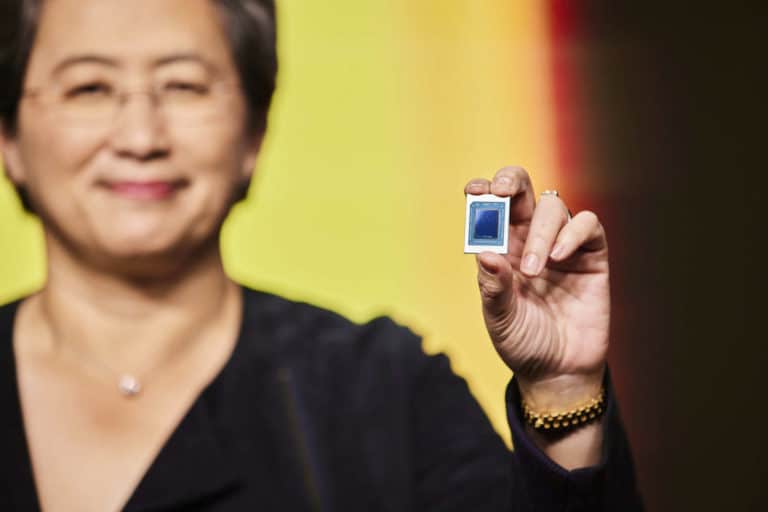 AMD’s laptop GPU department has been a bit thin from their newest generation, but Videocardz reported a leak from their CES conference and it suggests they’re bringing a lot more choice in their Radeon 6000 mobile GPU selection. Where they previously only had a selection of three graphics cards, from the Radeon RX 6800M, 6700M, and 6600M, they’re now adding eight more Radeon 6000 mobile GPUs.

Five of the leaked mobile graphics cards are from their performance lineup to add to their three mobile GPUs already. They consist of: Radeon RX 6850M XT, 6650M XT, 6650M, 6500M, and 6300M. These add to the Radeon RX 6800M, 6700M, and 6600M. The new range will offer a wider range of choice for their mobile cards, similar to their range of desktop GPUs. There will be both more powerful cards and low powered to cater to more use cases.

And lastly, from the performance cards, there are low-powered options built on 6nm process nodes compared to the 7nm on the other cards. The Radeon RX 6500M comes with 16 compute units, running at 2191 MHz. It also only has 4GB of memory running at 18Gbps, with a 128-bit interface and 16MB infinity cache. Along with a 288 GB/s bandwidth but only running at 50W.

Then the RX 6300M runs on only 12 compute units, at 1512 MHz. With 2GB of memory at 18 Gbps with a 128-bit interface and 8MB infinity cache. Which also has a bandwidth of 288 GB/s and with an even lower TGP of only 25W. So a much less powerful card with power low usage offers a low-end discrete option for laptops.

The Radeon RX 6000s series is a range of laptop GPUs that are more focused on the thing and light market. The new range of mobile graphics cards is comprised of the Radeon RX 6800S, 6700S, and 6600S. The same initial range as their first 6000M range so they may expand it further later as they have with the mobile range.

They all come built on the 7nm process like the performance cards. The RX 6800S comes with 32 compute units running at 1975 MHz, with 8GB of memory at 16 Gbps with a 128-bit interface and 32 MB of infinity cache. And with a bandwidth of 256 GB/s the card only runs up to 100W, so a less powerful, more efficiency-focused card.

Overall AMD is expanding its whole range of mobile GPUs to fill out its options in the mobile market. Filling out their performance range to give a choice of variety for different uses. As well as bringing out thin and light options to provide discrete low-powered graphics to smaller laptops. And you can expect even more announcements at their upcoming CES conference.