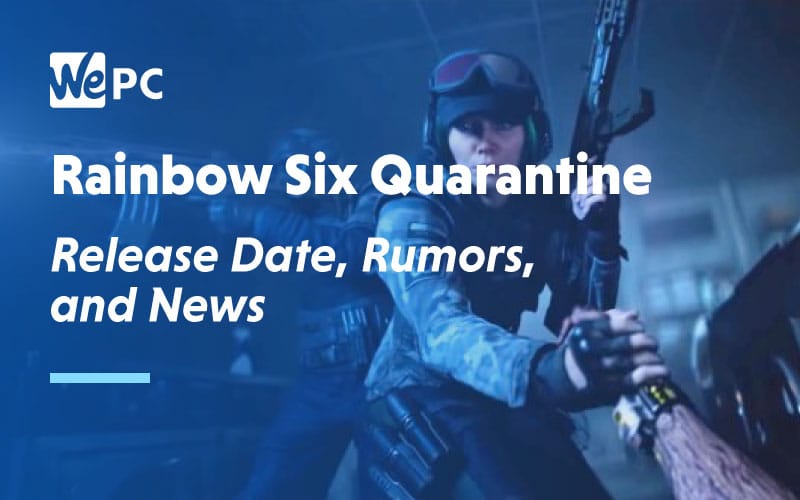 We now know a bit more about the title, thanks to a Ubisoft call and wanted to share everything we know so far about the game and the expected release date.

Unfortunately, we don’t have a firm release date yet – all we know is that it’s expected to launch before April 2020.

Yves Guillemot, Ubisoft CEO, promised that Rainbow Six Quarantine will be released before the end of the fiscal year, in other words, before April 2020.

Given that Ubisoft has a habit of releasing games early on in the year, we could see the title slated for a January to February release at the latest.

While only speculation, we can give you a narrower estimation. Two other Ubisoft games have firm dates in mind – Gods & Monsters (February 25th) and Watch Dogs Legion (March 6th) – so Ubisoft will probably want to space these three releases out so they’re not too close together. Early February looks likely.

You can see the teaser trailer below to catch a glimpse of what the title will look like. The trailer opens right in the midst of the horror. You share a point of view with a panicked character, hiding in what looks like a dark laundromat from an unknown creature.

Meanwhile, you see a mystery device attached to the character’s arm and a web of black markings. In the end, popular characters Ela and Vigil from Rainbow Six Siege appear to help and fight off the creatures.

In the below video, Bio Jade confirms that Quarantine is a 3-player co-op shooter game which will allow you to play as a team throughout the entire gameplay. This is a big change from the PvP setup of the Siege game. In this sense, Quarantine promises a brand new experience with familiar roots in the Rainbow Six world.

The story is set several years into the future of the Rainbow Six series where an unknown alien parasite is unleashed on the world. Rainbow Operators need to be dropped into quarantine zones to fight off the rapidly mutating threat.

Ubisoft promises missions that are “chaotic and totally unpredictable” so there will be lots of exciting gameplay to get stuck into.

According to lead game designer, Bio Jade, there will be some similarities to the Rainbow Six Siege title in terms of action, gunplay and gadgets. So, fans of Siege will be right at home with this new title. However, if you don’t need to be a Siege player to enjoy Quarantine.

Rainbow Six Quarantine will be released on Xbox One, Playstation 4 and PC sometime early next year.

It looks like it’s got a lot to offer, with a different experience than its predecessor, Siege, but plenty of the original feel of the Rainbow Six world.

It’s unclear yet how original characters from the last game will fit into this world and the different gameplay set up, but we can’t wait to see what Ubisoft will do with it.