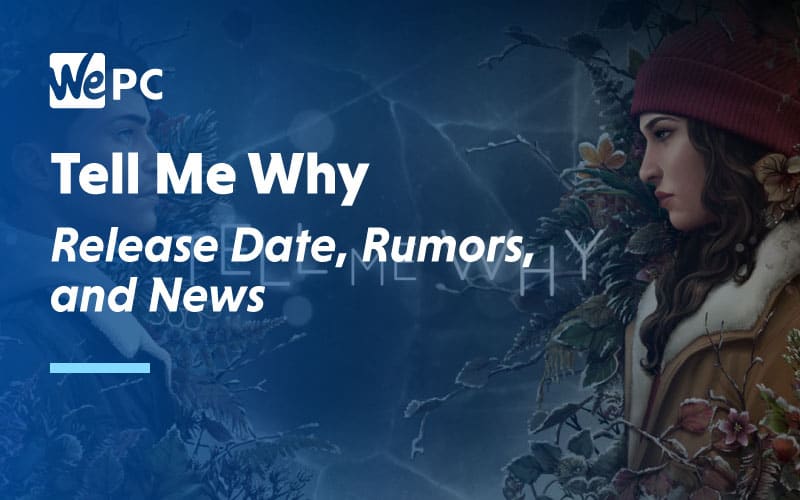 Tell me Why is the latest project from masters of the narrative adventure and Life Is Strange developer, Dontnod Entertainment. The new game was announced during the Inside Xbox XO19 event late yesterday.

Tell Me Why Trailer

In keeping with the reputation instilled by the acclaimed Life Is Strange franchise, Tell Me Why is set to be a further foray into a compelling, emotionally-driven story. This time it’s about twins, one of which is the first transgender character to feature in a game from a big studio and publisher.

Dontnot says they are working in tandem with LGBTQ media advocacy organization GLAAD to ensure an authentic portrayal of the trans experience with a believable character. Dontnod is known for pushing the envelope when it comes to sexuality in its games to significant effect, so it’s hard to see a studio better positioned to tackle gender with poise and tact.

Tell Me Why Gameplay

Tell Me Why is set in a sleepy town in Alaska and sees players unravel a mystery that gravitates around the intimate bond between twins, Tyler and Alyson. Both characters will be playable. Through a shared experience of each other’s memories, they’ll dive back into their childhood, overcome demons, and relive critical events from two perspectives.

Much of the interactivity will be centered on which memories the player chooses to believe, with an impact on the remainder of the story, as was the case with elements in Life Is Strange.

Dontnod says it plans to release Tell Me Why in summer 2020 on Steam, Windows Store, Xbox Game Pass, and Xbox One.

Life is Strange was criticized for the oft-long and unpredictable gap between episodes, and with Tell Me Why, Dontnod will stick to a more rigorous schedule with all three episodic chunks launching throughout summer 2020.

Expect to hear more in the lead up to next summer.