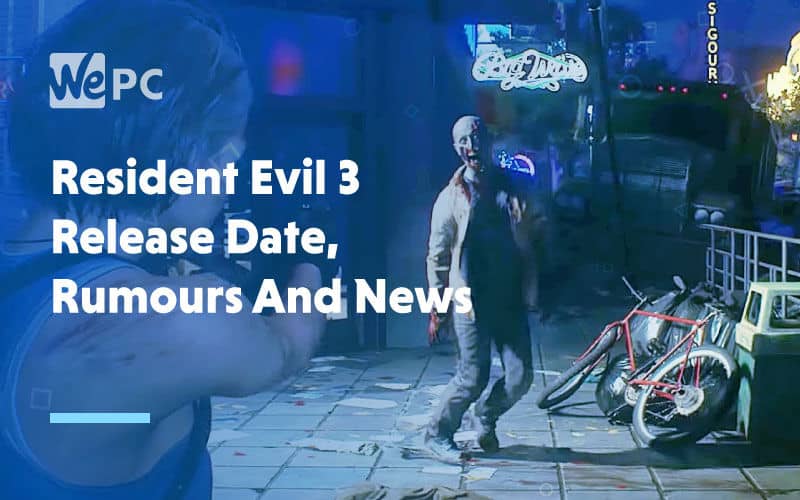 As a pleasant surprise to round off the year, a Resident Evil 3 remake has finally been announced by Capcom, and we even have a release date to go with it.

After news of a remake leaking through a PlayStation Store listing earlier on in December, we now have official confirmation and an idea of what the title will look like.

This follows on from the hugely popular Resident Evil 2 remake, which was released earlier this year. It seems fans of the franchise have got more to look forward to and will get a chance to experience Resident Evil 3 all over again in a new and improved release.

Capcom revealed that the Resident Evil 3 remake would be released on April 3rd, 2020 – just a few short months away. The remake will be coming to PlayStation 4, Xbox One, and PC. The good news is you will be able to pre-order it, which will gain you access to exclusive bonuses.

You can take a look at Capcom’s new Resident Evil 3 Announcement Trailer for PS4 below:

The trailer launches you right into the action, introducing you to a redesigned Jill Valentine and Carlos Oliveria. You see Jill try to escape from a zombie-infested Racoon City while also being hunted by the monster creature known as Nemesis.

Resident Evil 3 follows Jill Valentine’s encounter with Nemesis, and by the end of the trailer, you get a sneak peek at Jill’s frightening new look with overhauled graphics and design. Nemesis has also gone through an impressive design upgrade and looks scarier than ever.

From what we can gather from the trailer, the game has had a total makeover in terms of graphics, gameplay, and the characters’ looks.

In this remake, you will be able to play as both of these characters, similar to how you could play as both Claire and Leon in Resident Evil 2.

Also, in the announcement from Capcom was the big surprise confirmation that their spin-off game, Project Resistance, is actually Resident Evil 3’s multiplayer mode. So you will be able to play in the Resident Evil world with friends too in a four versus one multiplayer experience.

With just a few months to go until this remake is released, we can’t wait to see how the game will look. With an impressive trailer so far, it looks like fans of the Resident Evil franchise won’t be disappointed.

We’re especially looking forward to playing around with the brand new multiplayer component, which will give both new and existing Resident Evil fans something new to experience.