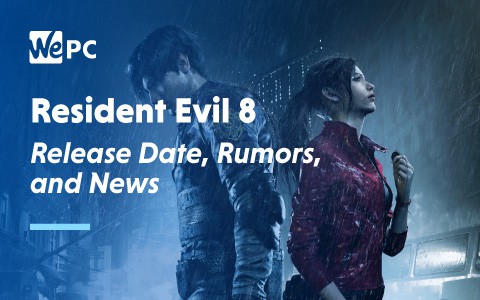 We haven’t had an official announcement from Capcom that this title is in the works just yet, but the success of Resident Evil 7 and the continuation of this success into the remake of Resident Evil 2 makes a follow-up a no brainer.

With the news that spin-off title Project Resistance will be on the way, we’re hoping for an official announcement for Resident Evil 8 next year. As far as a release date goes, if this title doesn’t get announced by the Tokyo Game Show 2020, we wouldn’t expect it to drop until 2021.

Resident Evil 8: What Do We Know?

We don’t know much at this time regarding Resident Evil 8 unfortunately. During a Capcom financial briefing in 2019, it was confirmed that numerous unannounced titles were in development. We’re hoping one of these is Resident Evil 8.

We know that Capcom is testing an unconfirmed title. Capcom’s Division 1 has sent emails to ‘Resident Evil Ambassadors’ in Japan inviting them to test a game that is currently in development. We’re hoping that this title is the anticipated Resident Evil 8, but we can’t be sure, it may just be further Project Resistance testing.

With comments from Resident Evil 7’s executive producer Jub Takeuchi confirming that work on the next game is in motion, it also looks like the sequel will further expand on the direction of the series that Resident Evil 7 took.

We can’t take too much from this, we don’t yet know if Resident Evil 8 will be more of the same as it’s predecessor or if it will take a new leap into pushing the genre forward. Let’s hope that we get some more information soon. In the meantime, we will have Project Resistance to look forward to at least. We’ll keep you updated on any news we hear as always.

Are you excited to play the latest installment of Resident Evil? Are you hoping for a game similar to number 7? Or would you prefer that this title takes the story in a different direction? Let us know in the comments section below, we love hearing your thoughts.