EVGA RTX 3090 Ti Kingpin revealed, the fastest GPU ever made?

The king comes to roost. 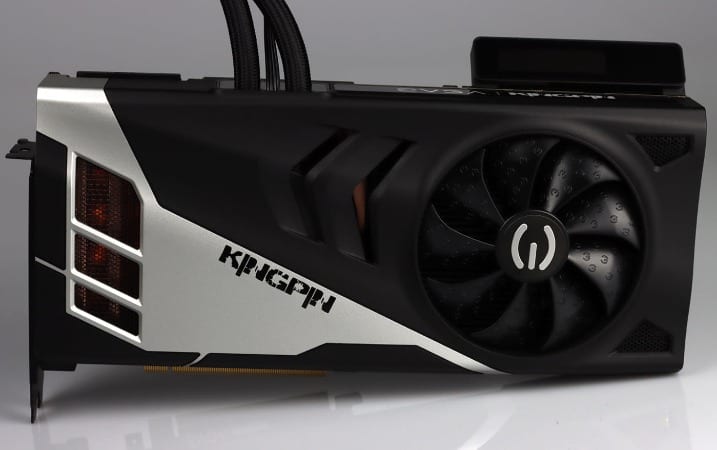 The RTX 3090 Ti is almost here, and now Kingpin is taking its shot at making its own ‘ultimate’ form of the RTX 3090 Ti ahead of its release. Revealed on Kingpin owner Vince Lucido’s Facebook post, the RTX 3090 Ti is not specified as being so, but it’s a pretty easy guess, because the RTX 3090 Kingpin does not utilise the accenting that we can see on this card, and looks (in our minds) a whole lot better than any other Kingpin card that’s previously been made, thanks to the premium-looking silver accenting.

The teaser features a powerful 360mm radiator to dissipate all of the heat that this GPU is due to generate, making it one of the most powerful cooling solutions seen on a commercial graphics card.

Is the RTX 3090 Ti Kingpin going to be the fastest GPU ever made?

Yes. The speeds at which the 3090 Ti is going to be operating at could see it outpacing other RTX 3090 Ti AIB cards when it finally gets released. This is par for the course for Kingpin cards, which are made with the express intent of being the quickest cards on the market. In addition to this, the RTX 3090 Ti looks to take the crown for being the fastest consumer GPU money can buy, so if you put the two things together, you get the fastest GPU that money can buy, and that’s reflected in its unique feature set, too.

We can see from the images that what we presume to be the 3090 Ti Kingpin card features a couple of things that are fairly unconventional for a graphics card of this calibre. Firstly, the two-slot form factor is surprising, as we usually see the 3090’s with triple-slot configurations as a baseline. However, there is a reason for the seeming madness. The 3090 Ti Kingpin features hoses, leading to a radiator and fans for this hybrid AIO-cum-Air cooled card.

The previous RTX 3090 Kingpin featured an Asetek pump and radiator, in addition to precisely integrated headers that allowed overclockers to control their pinout for monitoring incoming voltages. There is even a BIOS selection where you’re able to switch between normal, OC and LN2 profiles for optimal overclocking. This all seems a bit much, but this is because the Kingpin cards are designed with overclocking in mind, and often have some of the best clocks out of the box for the chips themselves.

Additionally, you also have three PCIe power connectors on the original 3090 Kingpin card. But, we can’t see from the imagery if this will switch over to a 16-pin power connector, or if they’re sticking with the chunky old solution that we’ve seen from so many other AIB manufacturers.

With the robust thermal solution on this custom board, you can expect this to be one of the quickest cards on the market, simply because it is possible to achieve higher clock speeds. Additionally, this card is likely to be produced in extremely limited quantities, so if you are looking to get your hands on one, be sure to move fast, as they’re likely to disappear very quickly.

Looking for a brand-new graphics card? 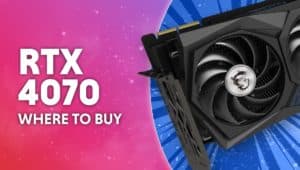