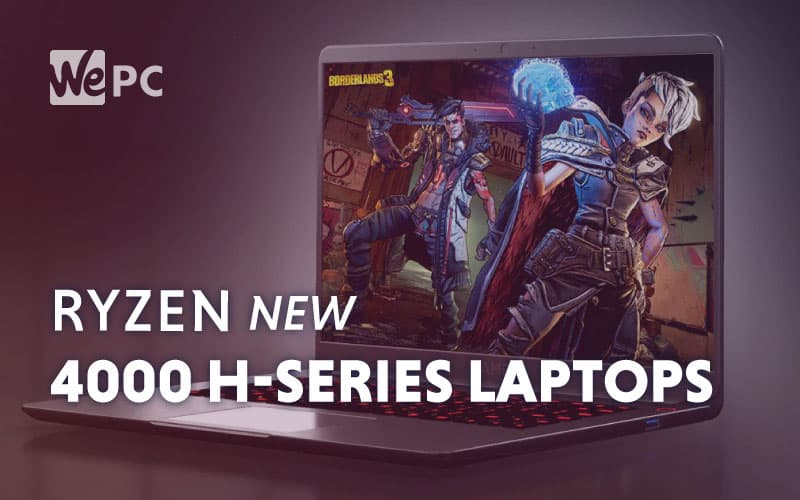 We might now have a better idea of when we’ll see the new Ryzen 4000 series of processors in action due to a recent laptop listing. AMD recently unveiled its Ryzen 4000 series chipset during CES 2020 and we’ve been looking forward to them ever since.

The H-series of these chips is set to offer a greater level of performance when compared to the Intel Core i7-9700K processor. These chips will be built upon the 7nm process and will boast desktop levels of performance from the 45W chip.

What Did The Listing Show?

We did see a few laptops running the U-series of Ryzen 4000 processors during CES 2020 but have had to wait for the H-series so far. The U-series will be up against Intel’s 10th generation Ice Lake processors and AMD hopes to grab a hold of the mobile market.

Both of the ASUS ROG laptops are set to run the Ryzen 7 4800HS processors with the TUF laptop coming with the Ryzen 7 4800H processor. With the HS-series running at a 35W TDP, there is some speculation that this might be a more powerful version of the H-series.

We have also started to see some listing for laptops running the 4000 series of processors on Newegg Canada until they were removed. We did manage to see that these were due for a March 16th release date which we’re hoping will be accurate.

It looks like we won’t have too much longer to wait before we can see just how these processors stack up to Intel’s offerings. Will AMD manage to take a strong foothold in the mobile market? Based on their recent success on the desktop platform, it looks like only a matter of time.