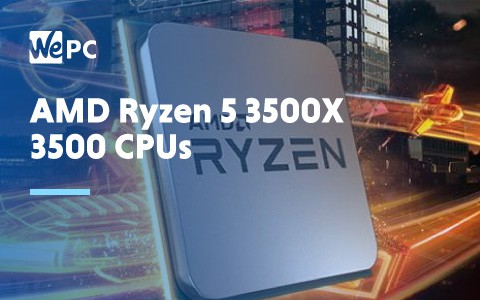 Another day, another Ryzen 5 leak. This time around and contrary to previous rumors, a freshly updated MSI support database appears to show varying base clock speeds for AMD’s Matisse Ryzen 5 3500X and 3500 CPUs.

The details already align with the expected specs for the CPU, and the very presence on an official database adds further weight to speculation that the Ryzen 5 3500 line is all but a certainty at this point.

However, a listing for a new HP Pavilion desktop on retailer Amazon’s site includes the AMD Ryzen 5 3500 (note the absence of the X, signaling a different variant of the CPU) with a base clock speed of only 3.4 GHz.

The details of the CPU on the listing are vague at best – ‘Super-fast Processor: AMD Ryzen 5 3500 Processor, 6-Core, 3.40 GHz’ – so it’s difficult to ascertain whether we should take this as gospel or a mistake on Amazon’s part.

The word of the street until now was that the two models differed in that the Ryzen 5 3500X boasts a 32 MB cache, while the 3500 has 16 MB. The MSI database entry appears to support this. The logic behind having two distinct models makes much more sense with a drop in base clock speed of 200 MHz for the 3500 variant.

Interestingly, the listing states that the HP gaming rig ships on October 20th, which could point to when AMD plans to launch the new CPUs.