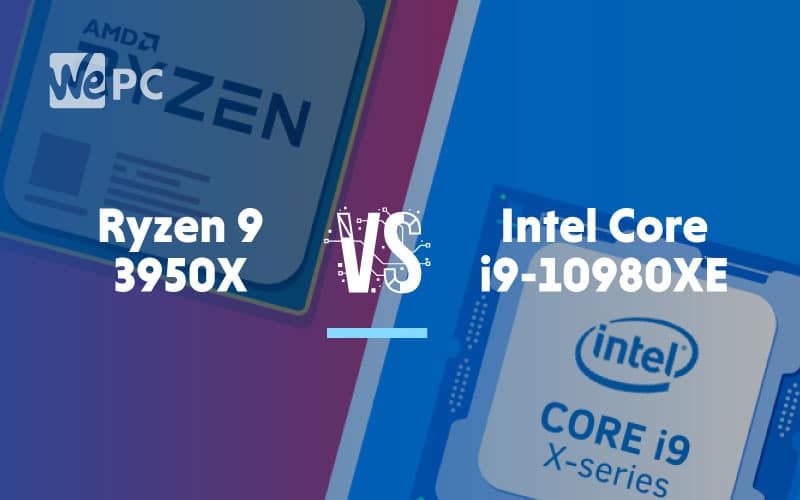 A benchmark has appeared for the soon to be released Ryzen 9 3950X which showcases just how it will perform with its 16 cores. This comparison comes up against Intel’s Core i9-10980XE. With both processors having a large core count and just under $1000, it is surprising just how much they differ.

The AMD Ryzen 9 3950X will feature the 7nm core architecture with a base frequency of 3.5GHz and the potential to boost up to 4.7GHz. The chip has 16 cores and 32 threads and also features 72MB of total cache as well as a TDP of 105W.

Now, onto the fun part, the benchmarks. The Geekbench 4 benchmark compares both processors against each other in both multi-core and single-core workloads. In the multi-core performance, the Ryzen 9 3950X outscores the i9-10980XE despite having fewer cores. With a score of 52098 compared to Intel’s 51180, it’s impressive how much AMD starts to pull ahead.

In the single-core performance, AMD still outscores Intel with a figure of 5570 compared to Intel’s score of 5453. This is especially impressive seeing that the AMD chip has fewer cores, threads, a lower boost clock speed, and a lower TDP. It’s also priced a lot more competitively at around $250 less than the i9-10980XE.

There are also benchmarks for the AMD Ryzen 9 3950X in Geekbench 5. Although there isn’t an entry for the i9-10980XE, the comparison to the i9-9980XE is still impressive. Scoring 1363 against 1205 in the single-core category and 16722 against 15823 in the multi-core category, the difference in performance is impressive.

With the comparison results of AMD and Intel’s flagship processors showing the amazing value of the Ryzen 9 3950X 16 core when compared to Intel’s 10th Gen X-series parts, the main deal here is the fact that the X-series are at a much higher price point.

With AMD having the stats to back up the fact that it’s now very competitive when compared to Intel’s mainstream lineup, we expect to see some great performance numbers from the 16-core Ryzen chip once it is released later this month.