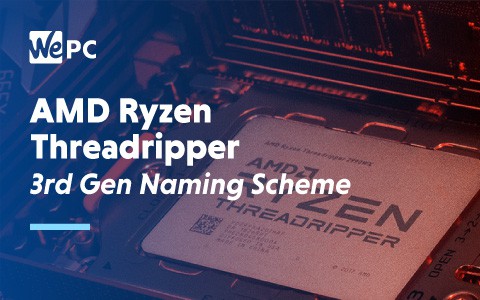 We finally have some solid news on what the 3rd generation Ryzen Threadripper processors will contain, as well as a possible release date. This news has been confirmed through an AOTS benchmark listed by Twitter user TUM_APISA early yesterday.

What The Benchmarks Tell Us

We also know from the leaks on Twitter that the Ryzen Threadripper will premier with a 24 core and 48 thread variant based on the 7nm Zen 2 core architecture. This is good news as it will allow for more cache, bandwidth and multitasking performance.

Up until now, we didn’t know the naming scheme for AMD’s new processors, apart from the fact that they were 3rd generation. During the Ashes of the Singularity benchmark, the CPU title was listed as AMD Ryzen Threadripper 3960X 24-Core Processor. This gives us a fair idea of what the rest of the lineup will look like name wise.

We don’t yet know the exact price and performance of these new CPUs but with AMD hoping for market dominance with their new AMD Ryzen Threadripper 3000 series, these CPUs will have to match up well from a price compared to performance standpoint.

While new enhancements and features will be introduced on the enhanced TR4+ motherboards, these will come at a cost of potentially restricting implementation of older series AMD processors due to the revised chipset and socket.

We may see two different platforms that these CPUs release on, one for ‘enthusiasts’ and another for workstations.

The TRX platform will feature quad-channel memory, UDIMM memory support and up to 256GB of capacity per channel. This equals out to around an impressive 1TB of memory support! Also featured would be support for 64 Gen 4 PCIe lanes with 16 lanes of switchable support.

This WRX80 series will be for a dedicated workstation lineup, with the specs to support it. The platform would support 1 DIMM channel that would allow support for up to 2TB of memory. Also featured would be further support for 96-128 Gen4 PCIe lanes with 32 switchable SATA lanes.

Group B series processors will also feature a 280W TDP with a Tcase Max temperature of 81C and a Tctl Max of 100C.

With some spectacular amounts of multi-threading numbers these days we will no doubt only see these improve with the 7nm process node. There have been reports in leaks of the 32 variant offering up to 35% better performance than the existing Ryzen Threadripper 2990WX 32 core chip.

When AMD made the upgrade from the Threadripper 1000 series to the 2000 series we didn’t see much pricing chance between the processors. We hope that this trend will continue with the 3000 series but only time will tell.

We still don’t have solid performance numbers for these chips but due to the refinement over the previous generations, we’re expecting the 3000 series to not disappoint.