See if Saints Row can survive a reboot later on this year. 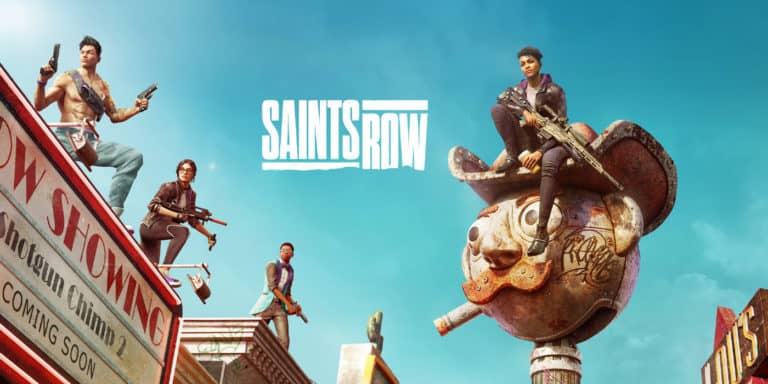 It’s just been announced that Saints Row will be released on the 23rd of August 2022.

While many fans are skeptical of the new title, there are plenty of reasons to be optimistic that it’ll breath fresh life into the franchise. Check out all of the details on the new game that we’ve put together for you down below.

Development of a new title in the Saints Row series was announced way back in 2019, though at the time it was thought of as a 5th game in the ongoing series, rather than a total reboot of the franchise. Since then, we’ve learned a bit more about the game, including the initial release date of August 23rd, 2022.

Saints Row will be coming to PS5, PS4, Xbox Series S|X, Xbox One, and PC on August 23rd, 2022, just over a year on from its original reveal during Gamescom 2021. In the delay announcement, Jim Boone also states that the new Saints Row will have been “worth the wait.”

That release date was eventually pushed back, and the new release date that THQ Nordic announced was August 25th, 2022. The delay was announced via Twitter, with the head of Volition Games, Jim Boone, presenting a new standardized text-on-relevant-background delay message.

That wait can be made a little easier by ordering Saints Row 2022 now, securing not only the game as soon as it launches, but a few cheeky, in-game pre-order bonuses as well.

By pre ordering the game before its release date on August 23rd, 2022, you’ll earn the Idols Anarchy Pack – three iconic Saints Row digital cosmetic items to show off in-game. These are the LED-illuminated Idols DJ Helmet, the Idols Twinkle Bat, and the matching Sandstorm Scrambler bike.

This pre order pack will be included with the purchase of any version of Saints Row, digital or physical, before August 23rd, 2022.

Alongside everything above, if you order the physical Notorious Edition, you’ll also get the Los Panteros American Muscle Bundle, which features the Fury Motorcycle and the “El Lanzador” Heavy Weapon Skin. As well as that, you’ll receive the Expansion Pass, getting you free access to three future DLCs. Finally, as this is a physical edition, you’ll receive an exclusive steelbook and a bunch of physical freebies, including postcards and a mini artbook.

Instead of the physical Criminal Customs edition, there is the digital-format Gold Edition. Not only do you get the Idols Anarchy Pack and the Criminal Customs freebies mentioned above, but you’ll also receive the Los Panteros American Muscle Bundle, which includes the Fury Motorcycle and the “El Lanzador” Heavy Weapon Skin. You’ll also get the Expansion Pass, which will give you access to three upcoming DLCs.

With the Platinum Edition purchase, you will receive all digital bonuses above; the Idols anarchy Pack, the Criminal Customs Pack, the Los Panteros American Muscle Bundle, and the Expansion Pass. However, you’ll also land a digital copy of Saints Row The Third Remastered.

It’s a hard choice, we know. If you still need help weighing up your options, here are a couple of handy infographics, which can be found in slightly easier-on-the-eye sizes at saintsrow.com/preorder.

We’ll keep releasing more information about the upcoming Saints Row reboot as we get it. For now, take a look at what we already know about Saints Row 2022 character creation.

Check out the latest Saints Row 5 trailer below.

While the initial trailer may have been met with controversy from some fans, the following trailers had a bit more gameplay and managed to garner at least some positive reception. It very much seems like things have been taken back to basics a bit. No more running around and jumping like a superhero, instead, a focus on tighter combat and driving controls to make the overall sandbox experience more enjoyable from a basic level.

That’s not to say that there aren’t any of that trademark Saints Row wackiness on display. So far we’ve at least seen the use of a hoverboard, characters kicking enemies in their nuts, and a variety of over-the-top explosions. Clearly, this game is going to be a bit closer to an action movie than a comedy, but at the very least it’s going to be pretty entertaining as long as nothing goes wrong.

Check out the recent gameplay trailer from TGA2021 below. It shows off more of the gameplay than previous trailers and should give you a good insight into how the game is shaping up.