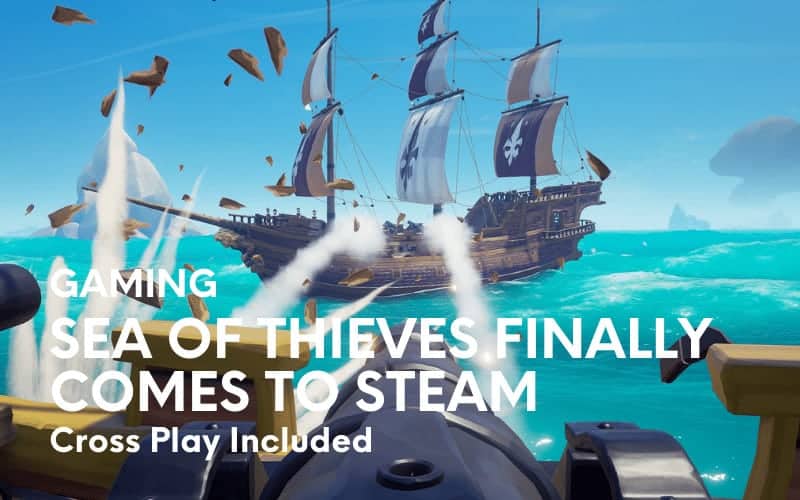 If you’re a huge fan of Sea of Thieves and have been eagerly awaiting a Steam release, you don’t have too much longer to wait. This pirate sandbox is opening up its doors to the world of Steam players, but that’s not all! This release will also feature full cross-play with Xbox One and Windows Store users.

When Will We See This Release?

Barring any delays, Sea of Thieves is due to be released on Steam on June 2nd for the price of $39.99, £34.99 or 39.99€ depending on your location. In the leadup to this release, a new trailer has been produced by Rare which shows off some of the changes that have been added to Sea of Thieves since its initial release.

If you’re new to the game you’ll have lots to look forward to, especially if you manage to grab one of your console friends to help you out. There is also a new tutorial to help newer players as well as an introductory mission.

How Will Sea of Thieves Cross-Play Work?

In the Steam version of Sea of Thieves, you’ll be able to sail away with all your friends with ease. You’ll also be able to connect with other Windows Store users and even Xbox One users and play in the same sessions.

This release will require you to sign in with an Xbox Live account to access this functionality though, but this does mean that any progress you’ve made on another platform will also carry over. This is great news for any existing players that might not have wanted to start completely from scratch on the Steam version.

Are you excited to sail the seas through Steam? Are you glad that cross-play is becoming more common in the gaming world? Let us know down in the comments section below, we love hearing your thoughts.