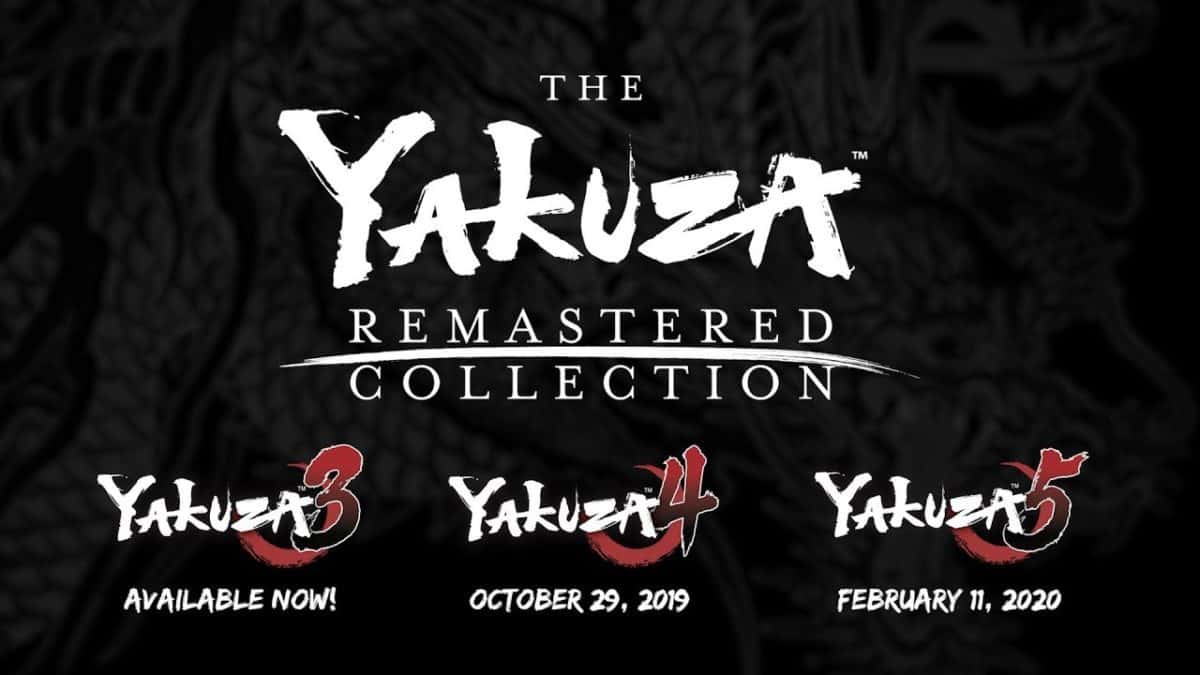 It features Yakuza 3, Yakuza 4, and Yakuza 5. The catch is that Sega has opted for a staggered release of the titles on the PlayStation Store starting with Yakuza 3, which can be downloaded right now. From there, Yakuza 4 arrives October 29th, 2019, while Yakuza 5 won’t be available until February 11th, 2020.

All three titles feature a significant visual boost with a remastering of the original 720p at 30 fps and a jump to 1080p at 60 fps as well as performance upgrades. The games have also been re-localized through script revisions and rewrites to match the Japanese originals more faithfully.

Each release will also include all the content extracted from previous Western versions, until now limited to the Japanese versions. To start, Yakuza 3 includes Mahjong, Shogi, and Cabaret minigames alongside a handful of new in-game stories for players to enjoy. There will also be a number of quality of life improvements to further improve the overall experience.

Those that want a physical copy will have to wait until February 11th, 2020, to nab a limited run Day-One boxed version featuring the three games in a 2-disc digi-pack and an exclusive collectible Yakuza 5 PlayStation 3 case.