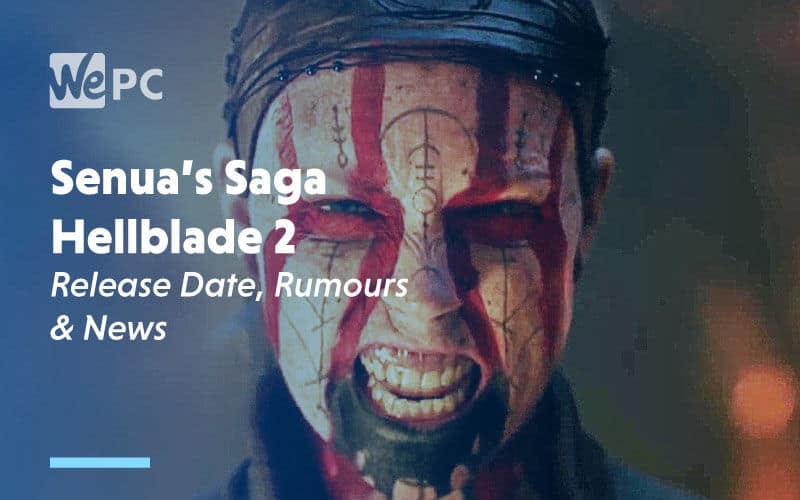 Riding the wave of success spawned by the original, Senua’s Saga: Hellblade II offers another deep dive into a bleak fantasy world for an action-adventure that is set to fire the starting pistol for Microsoft’s next-generation plans.

A surprise announcement at The Game Awards 2019, Senua’s Saga: Hellblade II is penciled in for release during the holiday season 2020. The game will be an Xbox Series X launch title, and as such, a firm release date should fall in line with that of the console itself.

As it stands, the game will be an Xbox exclusive and will release simultaneously on Xbox Series X and PC. There’s currently no word on whether the PC version will be exclusive to the Microsoft Store or will expand to other digital storefronts, namely Steam. Although unconfirmed, there’s a high chance Senua’s Saga: Hellblade II will also be released as part of Microsoft’s Xbox Game Pass subscription service.

As a freshly announced title, there is currently a single trailer for Senua’s Saga: Hellblade II, the very one presented at The Game Awards 2019. The trailer served the dual purpose of announcing the game while also confirming it as the first Xbox Series X launch title, proof that Xbox’s acquisition of developer Ninja Theory is already proving a shrewd move.

The trailer is as much an exercise in depicting the fantastical atmosphere of the Hellblade universe as a showreel for what we can expect from the Xbox Series X in terms of visuals and graphical fidelity. The footage was reportedly captured in-engine.

Stunning vistas of craggy hillocks, billowing volcanoes, corpse-strewn wastelands, and windswept seas give way to Pict warrior Senua in the midst of a folkloric ritual. A close up of her muttering guttural incantations is interspersed by cuts of a small force of warriors advancing towards a colossal rock Gollum. Out of breath from her vocal exertions, the trailer ends with an overhead shot of her settlement surrounded by massive lit runes.

One of the most striking aspects of the trailer is that the titular Senua appears to have overcome her inner demons to some extent, and she is portrayed as bold and confident.

With only one trailer to refer to and few details about the game itself, there isn’t much to go on as of writing. Nevertheless, we imagine that much of what defined the original will return for Senua’s Saga: Hellblade II.

We can expect a third-person action-adventure of trials, puzzles, combat, and bosses, each experienced through Senua’s unique perspective on the world around her. Whether mental health issues, notably psychosis, will be integrated so heavily into the game mechanics as they were with the original remains to be seen, but given Ninja Theory’s commitment to The Insight Project, we imagine they will.

With access to Microsoft’s seemingly inexhaustible coffers, the production value should up a notch and Senua’s Saga: Hellblade II may introduce more complexity to the gameplay as a consequence.

While the original Hellblade’s gameplay is excellent, the game stands out thanks to a stellar story and an immersive world, so we expect the sequel to follow suit and offer another mature, dark fantasy tale teeming with folklore. The story should be darker going by the trailer with a heavy emphasis on the ceremonial practices of the Pict people and Nordic tribes.

Folklore band Heilung announced they are working in conjunction with Ninja Theory on the soundtrack for Senua’s Saga: Hellblade II.

The group offers a unique take on historical music from Scandinavia and Northern Europe in general, channeling the sounds of the Vikings using a plethora of rudimentary instruments from humans bones, shields, and frame drums.

Heilung performed the music bed used in the trailer.

With Senua’s Saga: Hellblade II, Xbox is setting the stage for its next-generation efforts, and from what we’ve seen so far, the game is an attempt to rival the rich library of PlayStation exclusives that dominated this generation. As an Xbox Series X exclusive, Senua’s Saga: Hellblade II should be the deciding factor in convincing many still on the fence about which console to opt for come the holiday period 2020.