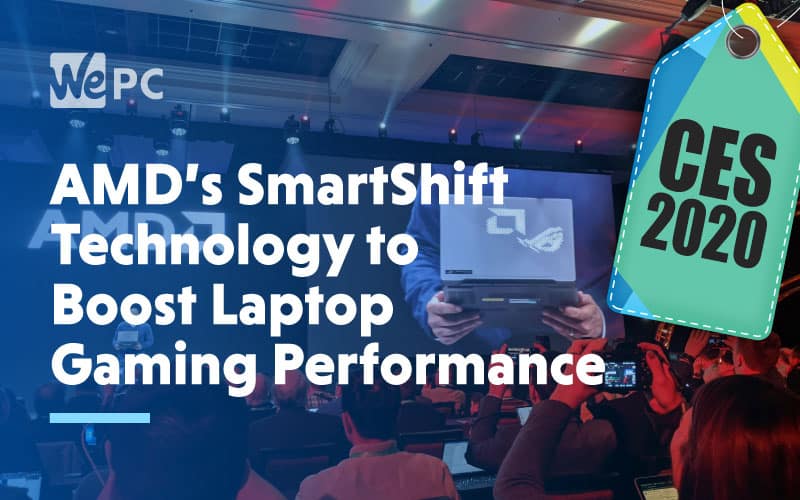 This year’s CES has so far had plenty of interesting and exciting new announcements, and we are having a great time bringing you all the news and updates straight from the show floor! AMD has been the stand out brand at the event, with plenty of new releases announced so far.

Aside from the laptops and chips announced, AMD has also briefly mentioned something called SmartShift technology.

What Is SmartShift Technology And How Does It Work

We don’t know too much about it right now but what we do know is that SmartShift technology is designed to move power between the CPU and GPU as needed.

The thinking behind this is that it will lead to an acceleration in CPU and GPU-bound tasks. The technology aims to achieve a happy medium in processes that will require both the CPU and GPU to work hard together. While this will benefit any tasks you perform on the laptop, for example, work, the one we should see the most improvement with is gaming.

AMD say that gamers and other laptop users could see expect to see a 10 to 12% boost in performance and speed.

Where Will SmartShift Technology Be Available?

This technology will only be available in AMD Ryzen-powered laptops with AMD Radeon graphics cards.

When Will SmartShift Technology Be Ready For Consumers?

AMD say that their SmartShift technology is in the early testing rounds. However, so far, they claim that their testing has resulted in a 10% boost in overall performance for certain games run on the laptops.

This is very promising, and we are looking forward to seeing just how the SmartShift technology is going to advance gaming setups and experiences.

When we find out more about SmartShift technology and when it will be released to consumers, we are sure to post an update.