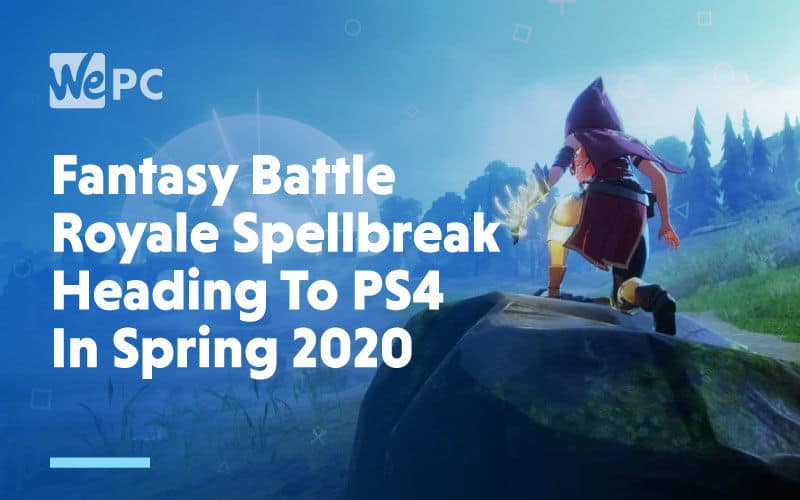 During PlayStation’s State of Play broadcast today, we learned that off-kilter fantasy Battle Royale Spellbreak is making its way to PlayStation 4 after a sojourn on the Epic Games Store as a closed alpha.

A closed beta on PlayStation 4 is set to kick start in Spring, although the announcement stopped short of providing a firm date. As this is a Battle Royale, we can more or less consider this a release date if the fact Fortnite is still in early access is anything to go by.

As for what the game offers, Spellbreak transports the familiar Battle Royale formula to a fantasy world where mages battle it out using a range of spells, elemental power, and aerial movement. Wave goodbye to the high-powered guns of existing Battle Royale games, Spellbreak dives into a completely different way to take on enemies.

It’s a game of mobility and fast-paced, skill-based combat. Developer Proletariat has also thrown in some rogue-like elements as well as a healthy smattering of RPG features, to boot.

Each player has a duo of magical gauntlets that grant abilities, active combat options, and a slew of combos to wreak havoc on opposing players. Through a rune system, players can customize their arsenal by focusing on movement and support abilities. We’re talking builds similar to an RPG.

There’s also a class system that allows even more customization when it comes to skills and equipment, allowing squads to fine-tune battle tactics and complement each other’s styles of play.

Spellbreak is a beauty of a game with a stunning cel-shaded aesthetic that falls somewhere between The Legend of Zelda: Breath of the Wild, Fortnite, and Borderlands. There’s also a distinct nod to anime thrown in there for good measure.

Whether Spellbreak can take on the heavy weighs of the Battle Royale world by jumping to PlayStation 4 remains to be seen, but what’s certain is that Spellbreak’s first foray on console should please fans of the genre eager for something a little different.