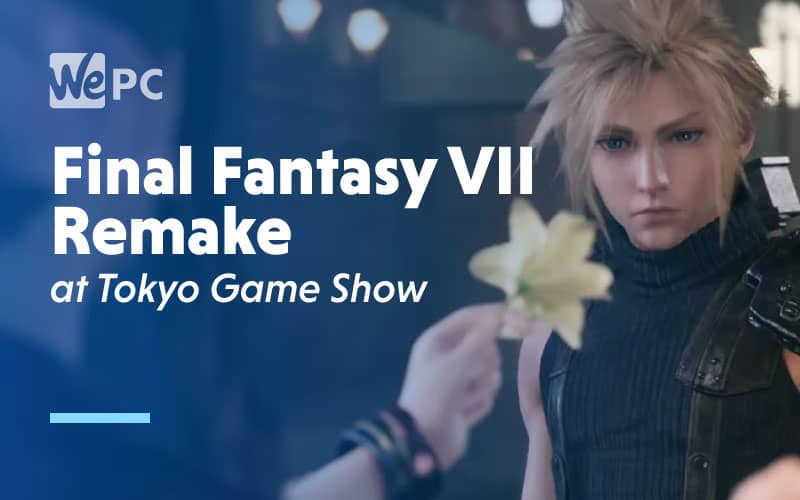 Square Enix has unleashed a brand new Final Fantasy VII Remake trailer for the occasion of the Tokyo Game Show.

While the last we saw of Final Fantasy VII Remake at E3 dove headfirst into the combat of the upcoming remake, this time around the trailer is a far more cinematic affair that reveals the work Square Enix has put. It all looks absolutely stunning and goes in hard on the quirky aspects of Final Fantasy VII.

Focused on the gritty slums and Wall Market area of Midgar, the trailer packs a dizzying amount of details into a short amount of time.

First up, we get a first look at a new sword-wielding biker character with flowing golden locks referred to only as a ‘Soldier,’ which suggests he may have links to Cloud’s military past. We don’t yet know if he has a significant impact on the game’s overarching narrative or takes on a smaller role.

Speaking of characters, Midgar’s seedy slum lord-come-mafioso Don Corneo makes an appearance with one of the most delightfully animated quiffs of hair. Reno and Rude also pop up briefly, and President Shinra makes a cameo as a towering hologram.

We get snippets of combat, with the highlight being the use of Shiva, Odin, and Ifrit battle summons, a much-loved facet of the 1990s original. Seeing them rendered using modern tech is a delight for fans of the original. Cloud also briefly transforms into a frog in true Final Fantasy style.

Finally, and really tapping into the more idiosyncratic elements of the game, we get a look at several mini-games, including darts, and button prompted exercises routines.

Final Fantasy VII Remake is slated for release on March 3rd, 2020 on PlayStation 4.

Square Enix is planning an episodic release, starting with a first game centered on the events of Midgar, before moving on with the story. From what we understand each episode is pretty much a standalone title, which should drastically extend the already lengthy playtime of the 1997 original.