Do your part in Starship Troopers - Terran Command coming this March. 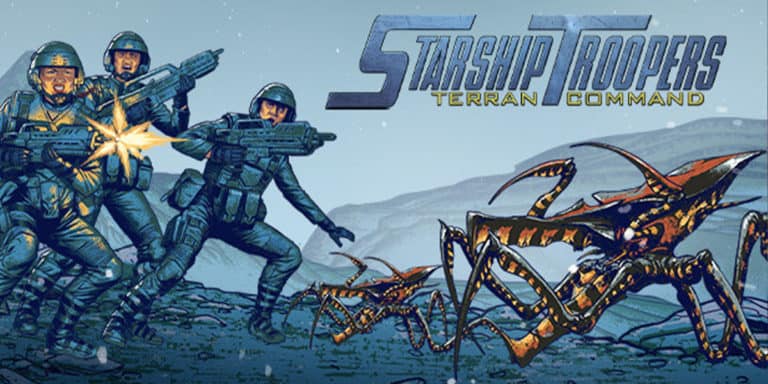 While the original Starship Troopers is a bit of a cult classic, it’s never done that well in the world of video games. With any luck, Starship Troopers – Terran Command may come along to change that a little bit.

The title is the second RTS game released in the franchise altogether and will be making its way to major platforms late this year. Check out the release information that we’ve compiled for you down below.

Starship Troopers – Terran Command was announced at the very tail end of 2019, and back then it was supposed to be released in 2020. Of course, then that certain situation hit us all and as with many games, this one was pushed back.

Well, it might be two years later, but the game will finally be dropping on March 31st, 2022. The game is only going to be coming to PC initially, the traditional home of such RTS strategy games, but that doesn’t mean it couldn’t come to other platforms down the line with some control tweaks.

The gameplay in Terran Command seems to be about as close to a classic RTS as it could possibly be. You can produce loads of classic units from the movie, and the entire thing is going to be a huge nostalgia trip for anyone who was a fan of the original film.

As well as a story campaign revolving around a mining planet assaulted by the arachnid menace, the gameplay will feature some truly advanced features of modern RTS, including things like true light of sight, that should keep you immersed even if all of the awesome movie set dressings don’t.

Check out the trailer below if you’d rather have a look at the game for yourself. Don’t forget to check out the Steam page and wishlist it if you want to be reminded when it drops.