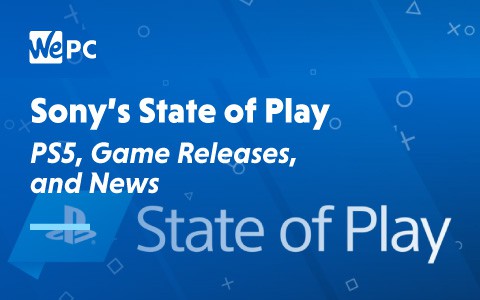 After skipping out on E3 this year, fans have been eager for news from the gaming giant. Their first live stream State of Play earlier this year gave us a lot of VR updates and game releases, but not as many AAA title announcements as we would have liked.

This second event is, therefore, the perfect platform for them to give us the news we’ve all been waiting for and finally reveal the release date for The Last of Us Part II and Ghosts of Tsushima.

Sony’s own announcements seem to back this idea up as well. They promised this would be a “hefty”  show and would come complete with “new game reveals, new content from PlayStation’s worldwide studios, and a host of other updates”.

Does this mean we’ll also get updates on the next-gen console, the PS5 at the event? Well, it would appear not. Sony has stated that they won’t be sharing any news around the console during this event. But, who knows? Maybe this is all a smokescreen, and they’re going to surprise us with a finished product and release date?

A girl can dream, right?

State of Play – How to Watch

Sony will be live streaming the event across Twitch, YouTube, Twitter, and Facebook. You can tune in and catch all the announcements on September 24th at 1 pm PT, 4 pm ET, and 9 pm BST.

Can’t watch it live? We’ll be sharing all the updates as they happen right here. So, just keep checking in with us for the latest PlayStation news.