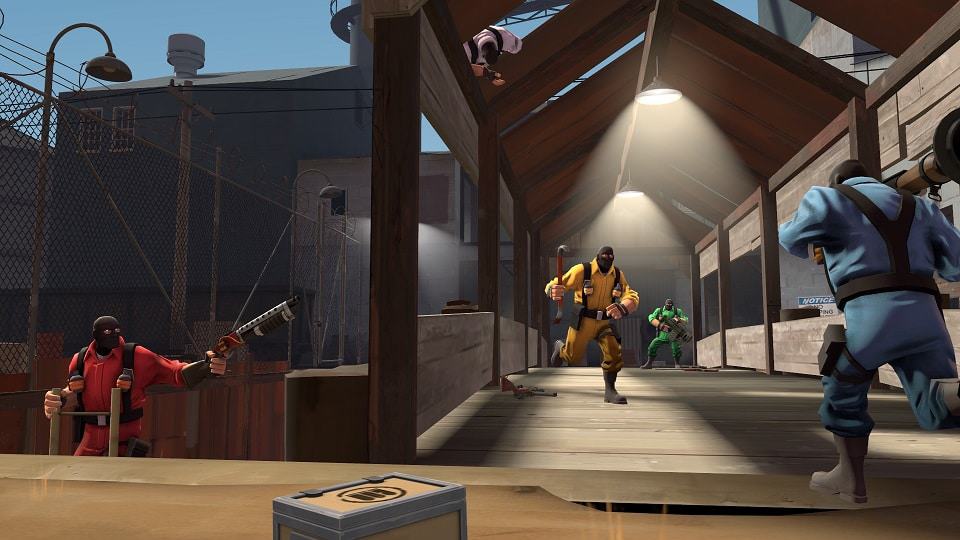 The Team Fortress 2 Classic mod is finally live! This much-anticipated news comes as the final announcement in The Death & Taxes Update.

The final day! Day 4 of The Death & Taxes Update, the official release of Team Fortress 2 Classic, is now live!

The Death & Taxes Update was four days of updates and newly released game modes leading up to the TF2 Classic release.

On Day 1, we saw the VIP Mode released. This is an exciting new mode which involves the BLU team escorting a Civilian to the end of the map to win. BLU must protect them while it’s RED’s job to assassinate the VIP in any way they can. This mode also includes brand new maps called Harbor, Trainyard and Mineside.

Day 2 released details of the old stock weapons you’ll get to see. These include familiar faces such as the Nailgun, RPG, Tranquilizer Gun and the Dynamite Pack. Brand new weapons include the Hunting Revolver, Mind Layer, The Shock Therapy taser and the Coilgun. We can’t wait to play around with some of these!

Day 3 released the Domination mode which allows teams to fight for Control Points. Domination features two new teams for those tired of the old RED and BLU. You’ll get to play as either the Global Radio Network (GRN) or Yard Logistics Workers (YLW) instead. There are also two brand new locations to explore.

Day 4 announced a few extra things such as six returning weapons, Medals for (almost) Everyone, improved bots and achievements.

All in all, it’s been quite an exciting leadup to the eventual release of TF2 Classic.

What is Team Fortress 2 Classic?

Team Fortress 2 Classic is a reimagining of the “Classic Era” of Team Fortress 2 during 2008-2009. This retro homage to TF2 will have old features that were originally scrapped, as well as new content including “new weapons and game modes.”

The Team Fortress 2 Classic mod is entirely fan-made by the team Eminoma. It was first announced in 2015. However, it went through four years without any updates so it was assumed to be a scrapped project by some. This time was instead spent fixing up some of the scrapped features of TF2 as well as new content development.

The new version of TF2 is now available to download, complete with the two new game modes – VIP and Domination. There are plenty of new and old maps to explore as well as some shiny new weapons to play around with.

According to the TF2 Classic 2 blog post released by the mod team, there will be more game modes added in the future. So, we can look forward to some ongoing content in the future.

Team Fortress 2 Classic can be downloaded from here. Will you be trying out the TF2 Classic mod? Let us know what you think of it in the comments.