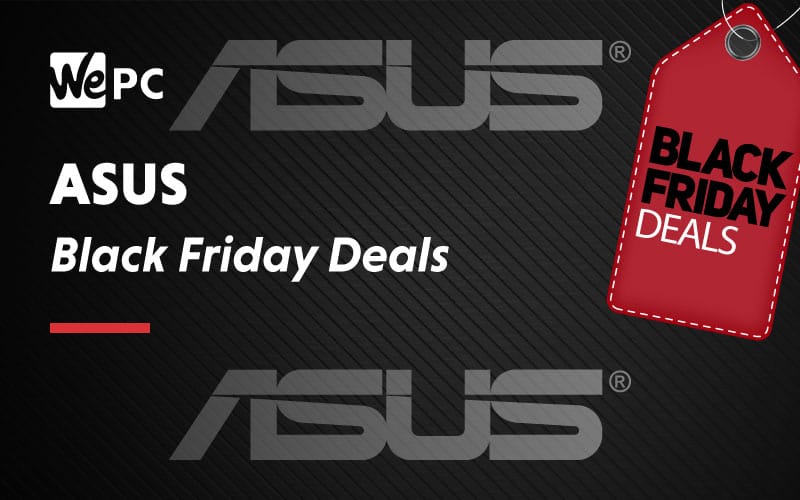 ASUS has been one of the leading hardware manufacturers within the tech industry for the last 30 years. They've made their name by providing consumers with high-quality hardware offerings that include GPUs, monitors, peripherals, and everything in between. As many will know, Black Friday is just around the corner now, and with that will come a whole plethora of discounts and savings. Many of which can be found on ASUS products. For that reason, we've decided to dedicate this page to the best Black Friday ASUS deals.

In the following article, we will be showcasing what we believe are the best and biggest savings across ASUS products. Whether it's their latest 2080Ti graphics card or one of their budget monitors, if there are savings to be made, we'll be sure to have it here first. So, without wasting any more time, let's dive in and take a look at what we can expect.

Black Friday has come along way since the days of retail stores having a couple of deals on their best selling product. It's now a global phenomenon that sparks huge savings across most products in almost every industry.

That being said, we've decided to compile a list of the best ASUS deals this Black Friday has to offer. To make your life that much easier, we've done all the annoying research for you. All you have to do is sit back and enjoy browsing through our list of ASUS deals.

Where To Find The Best Black Friday ASUS Deals

The great thing about Black Friday is how it pretty much spans the entirety of the big online retailers these days. It means if your favorite retailer doesn't have a deal on a specific ASUS product, you don't have to worry, chances are another will have it.

You're probably thinking at this point you're going to have to trawl through a tonne of different websites to find the best deal? Well, that's where WePC lends a helping hand. Luckily, our team of experts is doing all the hard work for you. We will be scouring the web on a day-to-day basis to make sure no deals are missed. All you have to do is refresh this page!

Amazon is easily one of the biggest retailers in the world right now, and that means they're a great source for amazing Black Friday deals.

So, that being said, let's take a look at some of this year's early deals:

Another major player in the Black Friday bonanza is Best Buy. They offer some of the best deals we've seen, and yes, that includes ASUS.

Finally, we have Newegg. Newegg is a great place to sniff out a bargain this November as they have deals on a bunch of their best selling ASUS products.

Many people reading this will be pretty new to the whole online Black Friday craze. For that reason. We've decided to showcase some of the best ASUS  deals from last year. This should give you a pretty good idea of what deals are likely to look like this time around.

Below, are some of the standout feature deals:

As you can see, 2018 played host to some really fantastic deals, and we're hoping to see similar, if not better, discounts this year!

We've already seen some pretty nice deals go live already, having said that; we expect deals in the coming weeks to showcase much greater savings.

ASUS has a pretty expansive lineup of laptops. For that reason, we expect to see great savings on a large number of these.

ASUS' monitors are some of the best on the market; if last year is anything to go by, we should see some great deals in this department.

Their Republic of Gamers brand product line covers most of the products in their inventory. We expect to see some solid deals on these products and will be keeping our eyes peeled for the best ones.

That time of year is almost upon us once again, the time where people go a little crazy in the hope of landing themselves a massive saving. Even though it's hectic, and a little frustrating, Black Friday is still one of the best days of the year for tech purchases.

That being said,  our list of the best Black Friday ASUS deals should make that whole thing a little less stressful!

If you see any outstanding deals, why not leave us a comment in the section below, or better still, start a thread in the community for everyone to see!