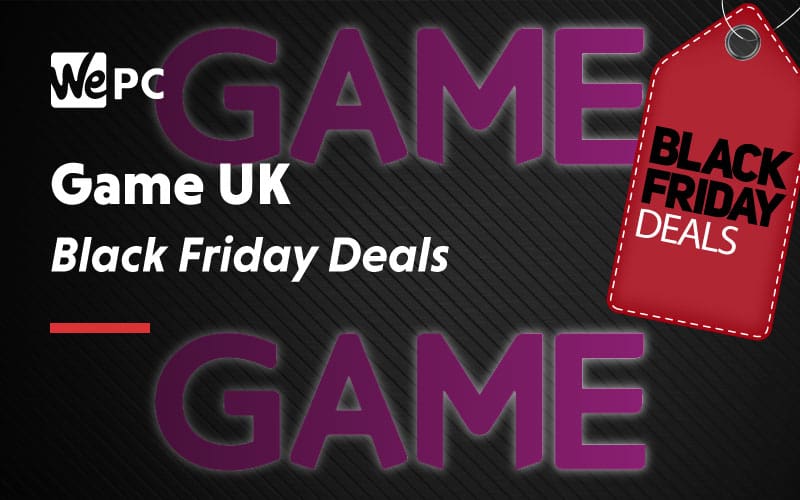 GAME is one of the most well-known UK game retailers in the country. The gaming store is best known for providing console goods to the masses and has been doing for almost 30 years now. Like all major retailers, GAME is a haven for big discounts come Black Friday. They offer deals on everything from consoles to gaming accessories and everything in between. In this guide, we're going to showcase the best Black Friday GAME deals, so you don't have to go through the strenuous search process yourself.

So, sit back, relax, and enjoy browsing our list of the best GAME deals we could find.

Black Friday is, arguably, one of the biggest retail days of the year, and we can contribute most of its popularity to the enormous discounts retailer put on their best selling product lines. Back in its infancy, Black Friday was merely another day in the calendar. However, since then, it has evolved into a different beast altogether.

It now spans the entire last week of November, and discounts can be found as early as November 10th. Large retailers go toe-to-toe to try and get a slice of the spending pie by battling with each other to provide the best deals. For that reason, it's also one of the most hectic days of the year, as well.

Fear not though, WePC are here to lend a helping hand. We've got a team of experts in the trenches making sure you get to see all the deals before they run out of stock. We'll be covering all the major GAME deals across the entirety of their product lines. If there's a deal worth looking at, it'll be here!

As soon as the deals go live, this is where they will be displayed. Whether it's the latest console or a game's bundle, we'll have all the deals right here.

GAME has already begun to slash prices across the store - here are the deals that are already live, ahead of Black Friday.

With Black Friday fast approaching, it's time to knuckle down and prepare for the barrage of deals that are likely to hit the GAME shelves. Our team of experts will be covering every product in order to bring the best and biggest deals to your screen. With that in mind, let's have a look at the areas we will be concentrating on the most.

Every Black Friday plays host to some incredible console deals, and we expect 2019 to be no different. If there is a console deal to be had, we'll have it.

No doubt a tonne of games will be on sale come Black Friday, our team is going to have the biggest deals on offer, so you don't have waste time browsing endless pages.

Every gamer needs gaming accessories; luckily, Black Friday will play host to some fantastic deals this year at GAME. We'll make sure not a single one is missed.

So, there you have it, our comprehensive breakdown of all the best Black Friday GAME deals. We understand how stressful this week can be, especially with everyone dashing out to battle for the good deals. Hopefully, our article has made your life a little easier.

Have you seen a deal we haven't got? Why not leave us a comment in the section below letting us know. Better still, why not head over to our WePC Community and start a thread letting us know what your best deal has been this year!