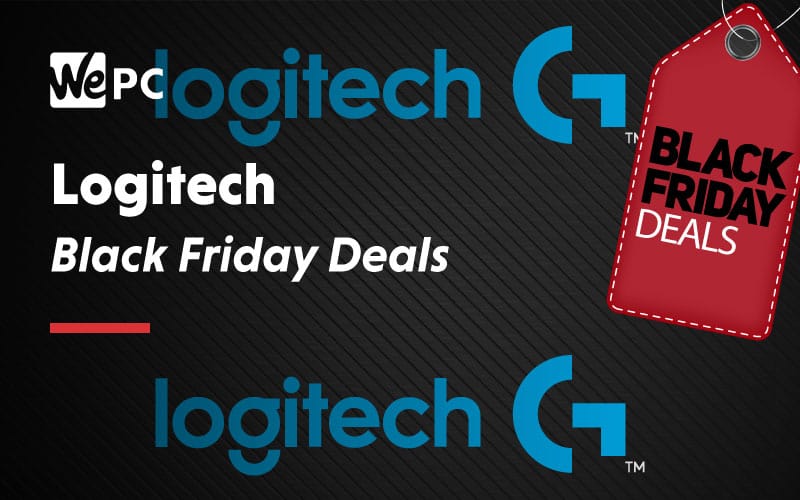 The sales event of the year approaches, that’s right, it’s time for Black Friday! Every year, computer giants Logitech gets involved with the Black Friday sales and offer up some interesting gadgets into the bargain bins. We aren’t quite sure what gaming peripherals will become available with a discount, but there is already a wide range of products being slashed in price.

Logitech is well known for its no-nonsense approach to gaming equipment. The company is revered for its quality over quantity and astonishing value. So how can you improve on this? With a Black Friday 2019 deal, of course! Searching for the best Black Friday deals can be a stressful task, so we have simplified the process for you and gathered all the best Logitech Black Friday deals in one place.

As mentioned, Logitech always gets involved around Black Friday, and they will feature heavy discounts on their website. In fact, going direct to them is the BEST way to grab a bargain this Black Friday!

Where To Find The Best Black Friday Logitech Deals

Black Friday has evolved from the old days of a solitary sales day and mutated into a global sales event spanning up to a week-long with some retailers! Here at WePC, we know how hard it can be to find a top deal or specific bargain, but we are here to take the hard work out of the equation. That’s right; we are going to be scouring the web to find the very best Black Friday Logitech deals and bringing them straight to your fingertips.

So, if you miss out on the great deals that are live on the Logitech site, check out these equally impressive alternatives!

Let’s jump in and see where you can find the best deals this Black Friday.

Amazon is famous for its efforts on Black Friday, and you can be sure Logitech’s discounted gear is going to feature. Check back here for the best Logitech devices and peripherals when the sales event arrives.

Best Buy is another popular spot for deals throughout the year, and you can be sure to see some great things this Black Friday too.

Newegg is another retailer similar to Amazon and a great place to shop for tech. Newegg’s prices are low all year round already, so its interesting to see what sort of Black Friday deals we get on the Logitech equipment.

With Black Friday 2019 fast approaching, let’s get the juices flowing and take a look at some of the deals from last year.

Logitech is a known brand by more than just gamers. They supply everything from home office to pro gaming equipment. They frequently drop the prices for Black Friday, and you can be sure it’s going to happen this Black Friday too!

When it comes to mice, Logitech knows what they are doing. Could we see the illustrious Logitech G Pro feature in the sales this year? One thing we know is you will definitely be seeing mice in the 2019 Black Friday sales event, and this will include gaming and office mice.

Logitech is mostly a peripheral manufacturing company, so they have a multitude of keyboards waiting for a reduction in price. The keyboards on offer will range from full-sized gaming keyboards to small, 40% wireless office boards.

When Black Friday 2019 hits, there are going to be some headsets on offer from Logitech. The headsets will be a mixture of older spec gaming headphones and some office style headsets for generic use.

Logitech is well known for its desktop speaker range, with some producing excellent sound for a home entertainment system. If you are looking for a new set of Logitech speakers, then watch this space!

Gamers and home office lovers rejoice, Black Friday is nearly here, and we can grab all the Logitech peripherals we could ever want. Finding the best Logitech Black Friday deals doesn’t have to be hard, so bookmark this page and get yourself ready for some savings. Are you after a new mouse when Black Friday comes, or have you seen a keyboard you would like discounted? Let us know what you are hunting for this Black Friday over at the WePC community.